The transportation Museum in Owls Head hosted an Antique Airbus and Vintage Motorcycle Show in last week of August. Vintage and antique motor cycles were the center of attraction of the viewers who attended the show. The show continued for two days and the organizers collected different vintage Honda and Harley Davidson models, along with some BMW’s, to exhibit in the show. Most of the models were brought from New England. 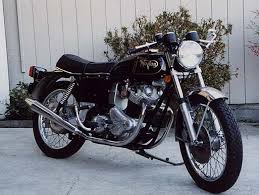 The museum organized different non-auction events and encouraged the motorcycle owners (Pre-1993) to exhibit their bikes in the show. Owners of the vintage motorcycles didn’t have to pay any amount to take part in the show. Show organizers divided the entire area in two parts where in one section they exhibit the old models and the other parking area was kept free for the modern motorcycle models. For the first time, visitors have to park on runway 17 of the museum. There they will get the facility to exhibit their bikes, along with the vintage bikes. These guests have to pay dollar 12 to join the show.

Some popular vintage motorcycles that have been featured in the show were-A Price Arrow (1909), Excelsior (1913) and other stunning models.

Along with exhibiting the vintage motorcycle models, the authority has arranged some family activities like Model T rides, demonstration, track racing and others. There were enough excitements for the kids as they could practice driving skill in the corral area, which has been selected for them only. There were special pedal planes and pedal cars to help the kids practice their driving ability.

Aircraft conservator of the transportation museum of Owls Head- Mr. Erickson and other volunteer members has worked day and night to make the collection of historic fighting planes ready. The 1930 Pitcairn Sport Mailwing was the main attraction of this collection. Other models, which were ready for demonstration, are the 1933Waco, 1941 Stearman, 1917 Fokker Dr, I, 1916 Sopwith Pup and others. The flightline section of the show, which was open to all, provided visitors with the opportunity to hear see and experience those historic planes. Visitors also had the opportunity to talk to the pilots.

In addition, they had access to the indoor collection of aeropalne, motorcycles and cars of the museum. The museum authority provided the facility to view museum’s collection of MGs and Microcars that showcased an extra ordinary collection of  near about 25 small cars and MGs from 1940s, 30s, and 20s.

The other purpose of organizing a show on vintage motorcycles was to showcase the museum’s personal collection of motorbikes as well. The collection includes A Royal Enfield 1922, A Harley Davidson 1932, A Indian Four 1931, A Steffey Motorbike 1901, An Indian Scout 1938 and A Whizzer Motorbike, 1946.

Admission charges for adults was dollar 12 and no admission charge was imposed on kids and children who are under 18. French & Brawn catering company made attractive refreshment arrangement for the visitors and there was an individual market place to purchase choice able articles from the Caboose.

Visitors, who purchased new membership during the event, got a chance to ride the museums Stearman Biplane 1941.

U.S Love For Automobile Is Reducing Since August 2007