Honda is one of the best companies in manufacturing bikes and cars. Those bikes and bikes which are released by Honda are not just simple they look stylish and even consists of more power engines. This company, Honda is the worlds best bike manufacturer when compared to other companies like Suzuki, BMW and many more. But the cars that are manufactured by this company are not in the top position but one of the best cars to say frankly. Some of the cars like Civic, NSZ-R, Corolla are some of the best cars that are manufactured by the Honda company. Recently Honda have released two sport bikes in India namely CBR-150R and CBR-250R in which both of them look alike and stylish. People in India wish to opt this type of bikes because, the sports bikes which are 1000cc cannot be run on the roads of India in all the places. So, people wish to have the design of sports bikes and engine capacity of around 250cc or 150cc. 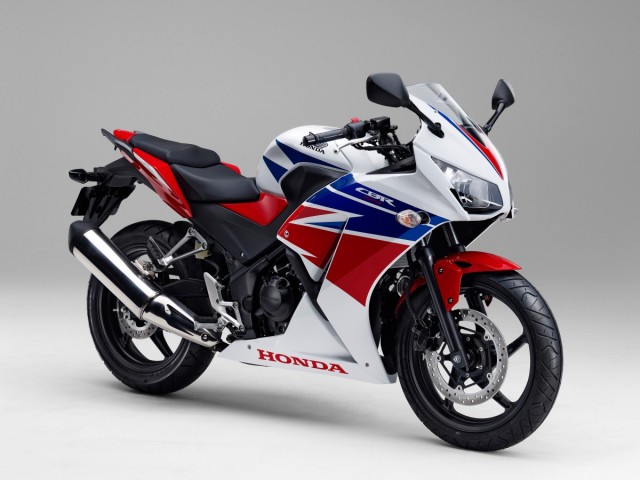 In competition to these bikes there are some similar bikes such as Yamaha R-15 in two different models, Hero’s Karizma ZMR 250cc, Karizma R-225cc, Kawasaki Ninja 300cc, TVS Apache with different models in it, Harley Davidson and the KTM Duke in relation with the Bajaj automotive. These bikes are the most used bikes by the youngsters of India. Some people even wish to opt 1000cc bikes and ride during mornings on highways.

Recently Honda unveiled its new CBR300R at the CIMA in China a few days ago. Now it is aiming India to release the New CBR250R with a different model and it is going to present this bike at the Tokyo motor show from the November 20th. As there are many rumors going around online that the new CBR250R will look alike the baby VFR. But, the engine and all other inner parts remains the same. There are even news coming out that the new CBR500R will look alike the CBR300R with only change in the engine’s cubic capacity.

As of now there is a news that Kawasaki Ninja is targeting India to release its new Ninja 250 which will be same as that of the Ninja 300 and is looking for a particular date to launch. If this is going to happen then there will be a great demand for both the sport looking bikes Honda CBR250R which almost looks like the baby VFR and the Kawasaki Ninja 250R which looks like the Ninja 300.

But the point to be noticed is that Honda have changed the entire body design of CBR250R to look like the VFR and the Kawasaki did not change the design of the bike but is changing the cubic capacity of the bike from 300 to 250. Hence, there might be a though competition between the Honda and the Kawasaki.

Choosing A Venue For Your Marriage In India

How Motocross Graphics Kits Will Complete The Look Of Your Bike