Toyota To Launch Its Hybrid Vehicle Yaris, In Frankfurt Motor Show Next Month

In the recent motor vehicle show in Frankfurt, suppose to begin from 10t of September, Toyota is all set to reveal its plans for its latest hybrid power. One of the leading manufacturers in vehicle industry Toyota is expecting to widen its portfolio by making public its ventures of having a clean and environment friendly hybrid vehicles.

Toyota will reveal its new brand model Yaris Hybrid-R in the Frankfurt car show. The vehicle is endowed with number of singular features like, 1.6 liter Global Race Engine, all wheel drive power with the help of two powerful electric motors, the high powered density and discharge velocity that is usually available to sports cars only. The company uses advanced technology that is featured exclusively in its TS030 Hybrid racing car. It is therefore expected that the model will create a ripple in the market. 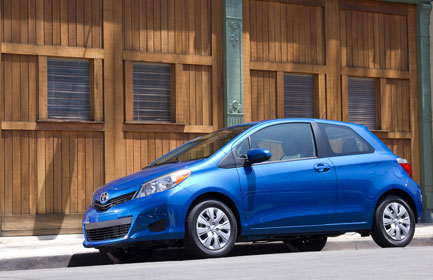 The company has at least 23 models under its wings, which is four times more than any of its competitor. It is now currently focusing on creating a range of vehicles which are eco-friendly and innovative at the same time. Chief Representative of Middle East and North Africa Representative Office, Toyota Motor Corporation, Nobuyuki Negishi said that the company has plans to develop hybrid technologies for everyday use. They are optimistic of creating a clean and healthy environment to the consumers by promoting fuel cell driven vehicles. Hence, it will raise the curtain to demonstrate the latest Fuel Cell Hybrid Vehicle mechanism, two years prior to the launching of the car. The company is confident of creating a buzz in the market about the ultimate zero-emission technology possible only through the usage of hydrogen. By the end of 2015, the vehicle-manufacturing giant will launch 16 brand new and modified hybrid vehicles.

According to the company stats Toyota has till now sold more than 5.5 million hybrid vehicles, since it first launched Prius in 1997. The first ever Prius went on sale in Japan. Toyota Motor Corporation has never turned back since then, doing business in almost 80 countries and regions across the world. The use of hybrid vehicles is recommended for a sustainable environment. The manufacturing of such vehicles have shown a visible up ward graph over the years. The advanced technology has until now saved 12 billion liters of fuel and 34 million tons of carbon dioxide emission in the environment.

The Toyota Motor Corporation has brought about significant changes not just in the field of luxury cars but also in the segment of sports car, giving a tough competition to its rivals. Its scientifically designed mechanism ensures comfort and safety of driving both on the road and track. Keeping in tune with their zeal for innovation, they launched a hybrid technology in the year 2012 in the racing tracks. LMP1 made a record by being the first of its kind and by successful completion of three races among six. By manufacturing LMP1 Toyota became the first ever manufacturer to construct a team around hybrid power train.