Home » Health » How West Bengal Is Taking Initiatives To Battle The Tobacco Menace In India?
Health

How West Bengal Is Taking Initiatives To Battle The Tobacco Menace In India?

As per the International Tobacco Control Project (ITCP), the consumption of tobacco results in one million deaths annually in India. If you look at figures provided by the World Health Organization (WHO), there is more reason to be concerned. The data reveals that 9.6 percent of underage Indians can easily access different kinds of tobacco products. When it comes to tobacco control in India, West Bengal (WB) didn’t show us a promising picture either, till recently. According to a 2010 Global Adult Tobacco Survey (GATS), about 2.5 crore people comprising 52.3 percent males and 19.3 females in the state were addicted to tobacco — both in smoke and smokeless form.  Meanwhile, WB, after Uttar Pradesh, also stands second in the country, in terms of the number of smokers. 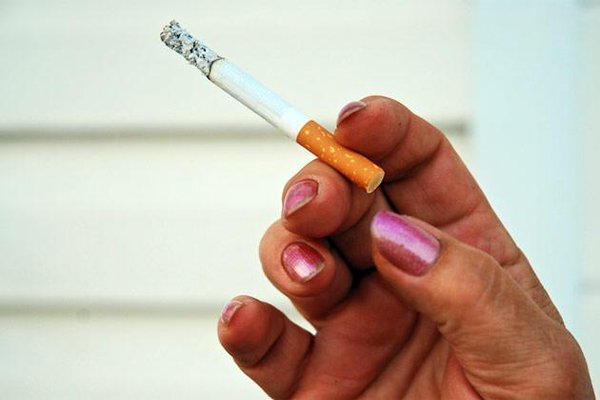 However, WB has taken these alarming figures seriously, of late. Various organizations in the Capital city of Kolkata, North Bengal and Howrah are taking steps to tackle this menace head on. Here is a deeper insight into the anti-tobacco initiatives taken in the state:

A Siliguri-Based NGO Takes Initiative to Support the Cause

Earlier this year, a non-government organization in Siliguri created a tobacco awareness program on the eve of the World No Tobacco Day (May 31). A rally was organized with the support of NCC (National Cadet Corps) cadets and students. Anti-tobacco posters, slogans and banners were displayed to create awareness among the people and support the campaign. People were educated about the harmful effects of nicotine consumption and the health hazards associated with it. This kind of an awareness program was much needed in WB to make people realize that smoking can not only result in cancer but to a lethal end of life as well.  The success of this initiative lies in the fact that people surrendered the cancer sticks and other tobacco products to the campaign organizers. The main objective of this initiative was to create a tobacco-free Siliguri. Even street plays were organized to give more impetus to the cause.

Howrah seems proactive when it comes to fighting the cause. In January 2015, the Health and Family Welfare Samity in Howrah had organized a workshop to create awareness and implement Cigarettes and Other Tobacco Products Act (COTPA 2003) laws. Arup Roy, minister in charge of agricultural marketing, Government of West Bengal is reportedly keen on making Howrah smokeless in the near future. The minister opined that smoking cigarettes is the root cause of cancer, and puffing away in public places such as public offices, hospital buildings, educational institutions, restaurants and amusement centers should be strictly banned as they are a source of passive smoking. Several NGOs and government bodies have now teamed up to take steps against smokers in public and protect passive smokers from the harmful effects of tobacco.

In 2009, a non-profit organization took huge initiative to provide safe and alternative means of livelihood for the bidi workers in the Jangipur block of Murshidabad. The members of the organization identified workers and their family in the area who were concerned about the health hazards associated with their occupation. Free health check-up camps were organized. Meetings were initiated to discuss health issues. The workers were also encouraged to express their thoughts. Most of them wanted a safer means of livelihood. With the support and guidance of the organization, a bunch of women bidi rollers joined hands to learn stitching and knitting — a feasible and safe occupation. With assistance from the Zila Parishad, the workers got trained and also succeeded in getting a bank of loan of Rs 10,000 to set up a knitting unit.

Several such initiatives taken by West Bengal pertaining to tobacco control in India are helping curb the menace. It’s helping people kick the butt and lead a healthy lifestyle.

Why Athletes Should be Ethical?