Perhaps the only thing more devastating than not being able to beat an alcohol addiction in the first place is successfully beating an addiction, only to then relapse. For such individuals, it’s a case of finding themselves right back at square one with the most incredibly difficult process ahead of them, despite having already got through what should have been the most difficult but rewarding experience of their life.

According to the experts at www.dryoutnow.com, there will always be those who for a variety of factors are considerably more prone to relapse than others.  Personal circumstances, residential status, employment situation, personal finances and so on can all influence how likely an individual is to relapse into alcoholism. Nevertheless, there is absolutely no such thing as a hopeless cause and by better understanding the most common relapse triggers of all, it becomes considerably easier…or at least more possible…to recognise and avoid them. 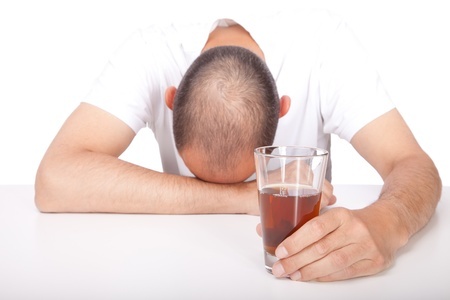 So with this in mind, here is a quick rundown of the most common relapse triggers of all that can threaten the progress of recovering alcoholics:

First and foremost, while it’s often assumed that losing confidence and motivation is the biggest relapse trigger of all, it is often quite to the contrary.  For so many recovering alcoholics, the progress they have made and their newfound ability to control their behaviour leads to a scenario wherein they believe they once again have total control over their actions and can therefore return to drinking. Unfortunately, it only takes a momentary lapse in judgment to slide right back into what could prove to be a catastrophic alcohol addiction.

Of course, right on the other end of the scale lie those who slipped back into alcoholism due to ongoing and seemingly uncontrollable feelings of self-pity.  They believe their situations to be hopeless, themselves to be lost causes and generally feel there is little point in making genuine efforts to continue their lives in sobriety. This again can lead to the pivotal mistake of assuming that light drinking really will not make any difference, when in reality it can once again represent the beginning of something devastating.

There will always be those who slid back into alcoholism due to their having assumed that within just a few short weeks of attending rehab, they will in fact once again be completely back to health and sobriety. Some rehabilitate quickly, for others it can be a process that goes on for months or even years.  As such, it is of crucial importance not to have unrealistic expectations with regard to how rapid and significant progress will be, as to do so is to set yourself up for a rather dangerous disappointment.

As already touched upon, it is unrealistic to expect yourself to be feeling full of health and on top of the world once again during what could be a relatively extended recovery period.  Unfortunately, feelings of poor health, lethargy and apathy can be some of the strongest triggers of relapse of all. Some instinctively assume that to have a drink could not possibly make them feel any worse than they already do, which is of course a very big mistake.

It’s almost inevitable that those coming out of an alcohol addiction will find themselves once again having to build many relationships from scratch, while investing enormously in repairing others. Some friends and family members will respond and react better than others, though it cannot be expected that everyone important in the individual’s life will simply snap their fingers and pretend nothing happened. Unfortunately, these relationship issues which can be both severe and long winded can in their own right represent the strong and dangerous relapse trigger.

Last but not least, one of the most common and indeed the most dangerous mistakes any recovering alcoholic can make is that of assuming that just as long as alcohol itself is not the substance being abused, it’s all positive progress.  Many instinctively switch to marijuana for example, assuming this will help them to kick their alcohol habits. In reality however, they simply end up in a situation where their new drug of choice has a detrimental impact on their health, while at the same time affecting their judgment to such an extent that they are infinitely more likely to once again return to their previous alcohol dependencies.  There is quite simply no such thing as an alternative substance that is ‘safe’ to abuse as a means by which to assist alcohol rehabilitation – it’s as simple as that.

Revealed: Which 5 Countries Have The Highest Electricity Consumption?