Home » News » Xiaomi Mi 5s Plus – Is the Elder Brother Worth It?
News

Xiaomi Mi 5s Plus – Is the Elder Brother Worth It?

Xiaomi devices are an easy pick among its competitors because of attractive features and price. Xiaomi devices always come up with new exciting features like dual camera, dual space, etc.  Xiaomi Mi 5S Plus is the elder sibling of Xiaomi Mi 5 with a bigger screen, better battery, and camera, faster performance.

It flaunts full HD display of 5.7 inches, with a screen resolution of 1080 x 1920 pixels. It uses IPS LCD type display which is far better than simple LCD. It has an excellent pixel density of 386 PPI. Unfortunately, the device is not protected by any scratch resistant display. The screen to body ratio is 74.39 %.  The screen also offers great viewing angles.

Xiaomi Mi 5S Plus has a standard set of controls like all Xiaomi devices.  The area below the display has three capacitive keys with white backlight. There is no physical home button on this device.  The area above the display has 4 MP ultra-camera and couple of sensors. On the right side of the phone, are the power key and the volume keys. The left side of the Mi 5s Plus has the dual SIM tray, which can be easily ejected with the help of a pin.

On the top of the device, is the 3.5mm audio jack and IR blaster. At the bottom, there is the charging slot (USB C-Port), which is surrounded by the primary mic and loudspeaker.

On the back side, there is a Mi logo at the bottom and a 13 MP dual camera module at the middle top position, and a dual LED flashes next to it. The ultra-fast fingerprint sensor lies below the camera and is exactly positioned where your index finger will rest. The back is non-removable, and there is no SD card slot in this device as the memory is non-expandable. 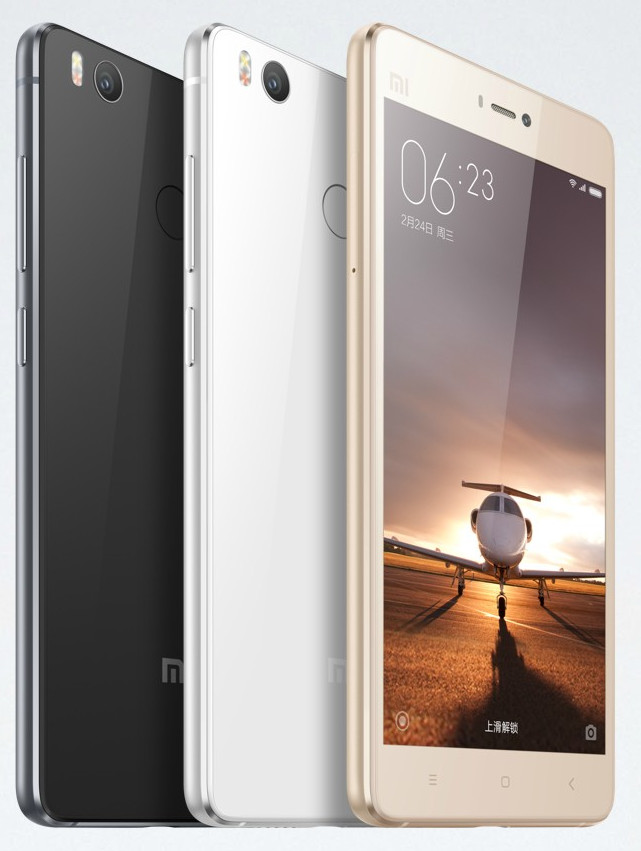 Xiaomi Mi 5S Plus improves on all of its predecessor with 2.3 Ghz Quad Core processor. It also runs on the latest Snapdragon 821 chipset. This device has better power efficiency and higher performance. It is available in two variants of 6GB Ram and 128 GB internal memory and 4 GB RAM and 64 GB internal memory. It also uses an improved GPU Adreno 530 which runs at 653MHz.

Xiaomi Mi 5S Plus runs on the Android Marshmallow (7.0). Like other Xiaomi models, this phone also has its own UI on top. It comes with MIUI 8, which allows you to have dual space on your phone which means you can install two instances of the same app in your device. The Phone app, Caller ID, and gallery are smarter and better than before now. It also supports scrolling screenshot.

Xiaomi Mi 5S Plus camera is pretty strong. The HTC Xiaomi Mi 5S Plus has two 13MP rear-facing camera. One camera captures colour images and the other captures black and white only. It uses Exmor-RS CMOS Sensor for both the cameras with an aperture of 2.2f. They also support phase detection autofocus, and dual colour LED flash, however, there is no optical image stabilization in this device. It gives the image resolution of 4128 x 3096 Pixels. For photographers, there is a manual mode which allows you to adjust settings like exposure, ISO and take pictures in stereo mode. There is no laser auto focus in this phone. You can record videos at 3840×2160 @ 30 fps, 1280×720 @ 120 fps with this phone.

Xiaomi Mi 5S Plus has an internal memory of 128GB which is non-expandable.

Xiaomi Mi 5S Plus is powered by a 3800mAh nonremovable battery. It comes with quick charging 3.0

Xiaomi Mi 5S Plus is a dual SIM Phone which is VOLTE enabled. It supports 4G in both the slots.  Connectivity includes NFC among other usual connectivity features like Wi-Fi, Bluetooth(4.2), GPS. It doesn’t support micro USB and instead uses USB type C port.

Xiaomi Mi 5S Plus is a powerful phone with great processing and graphic capabilities. It delivers flagship-grade performance and also does not warm your hands. We liked the fingerprint sensor as it is very fast. Even the camera is good and has massive internal storage of 128 GB.