Is Indonesia The New Emerging Market To Watch?

Indonesia has experienced positively stellar economic growth over the last ten years. Even after the massive global economic downturn of 2008, a number of the country’s industries have helped propel the economy forward, and it managed to weather that worldwide financial maelstrom better than many of its counterparts in the ASEAN economies. Its resilience was thanks largely to improvements in its banking sector and in domestic consumption in 2007, which helped accelerate its annual growth from around 4 percent to over 6 percent. 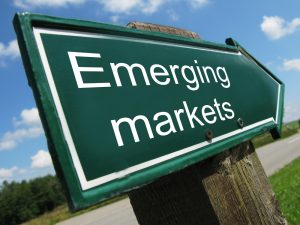 Which industries have been most responsible for the country’s economic success? There were some astonishing performers in the manufacturing sector: for example, at the start of 2013, a ceramic tiles manufacturer called Arwana, founded in 1995, had grown its production capacity to well over 40 million square meters a year, while rayon manufacturer South Pacific Viscose had opened its fifth Indonesian factory in West Java, driving its capacity up to 325,000 tons a year. Meanwhile, internationally famous brands LG and Samsung were expanding their production capacities in Indonesia aggressively, in a context where domestic demand for electronic products such as LED and LCD TVs, air conditioners, refrigerators and other household appliances had been soaring by 30 percent per year.

By May 2013, Indonesia found itself in the midst of a financial storm that had been pummeling all emerging markets, earning itself the dubious status as one of the “fragile five” economies of the developing world. The cause can be traced back to public discussions by the US Federal Reserve about paring back on its asset purchases – news that quickly prompted investors to withhold investment in emerging economies and concentrate on pursuing higher yields in rich countries.

However, something remarkable happened: Indonesia’s rupiah rallied by 3.3 percent against the dollar when the Fed pushed ahead with its “taper” in 2014, and Jakarta’s main stock market picked up vigorously. The reason? It did something about the conditions that had led it into “fragile five territory” by cutting its $10 billion current account deficit (4.4 percent of GDP) and allowing its currency to float instead of trying to prop it up. The 14 percent depreciation in the rupiah made the country’s exports considerably cheaper, with the result that the deficit shriveled by well over a half to $4 billion (2 percent of GDP).

Further important reforms are underway, including proposals to cut the high levels of fuel subsidy currently in place and massive new investments in infrastructure. These could bring Indonesia to the point where a step up to the ranks of large emerging economies such as Brazil is a real possibility.

There is considerable entrepreneurial talent in the country. For example, one need look no further than Sukanto Tanoto. Beginning as a supplier of materials and equipment to Indonesia’s state-owned oil company, Pertamina, he moved into the lumber industry in 1973 and made a gigantic success of the transition. A hugely successful business leader, Tanoto is now one of Indonesia’s wealthiest individuals (his fortune is estimated to lie in the region of US$2.3 billion).

Indonesia has a thriving manufacturing sector, and it appears to be on course to become one of the largest emerging economies in the world.