When the temperature dips and you’ve just got in from the cold, there’s nothing better than a steaming bowl of warming soup. Healthy, nutritious and oh-so tasty, a delicious soup simultaneously soothes and relaxes you – it’s the ultimate comfort food if you are feeling rundown or poorly.

Indian soups are a staple of the country’s cuisine. With the range of mouth-watering spices and unique ingredients that can be found throughout the land, each region has its own favorites – but there are some recipes that are popular all over.

Here in the UK we have been taking leaves out of = Indian chefs’ cookbooks for many years. Take the famous mulligatawny soup, for instance; the name actually comes from the Tamil language, roughly translating as ‘pepper water’ and was originally derived from a spiced meat gravy with added onions and usually served along with rice. The English adapted this recipe so that now, we would consider mulligatawny to be a thick, curried soup.

But there are many other soups to choose from in the Indian recipe repertoire. Why not try one of our favorite 3 Indian soups, before the weather turns warmer in spring? 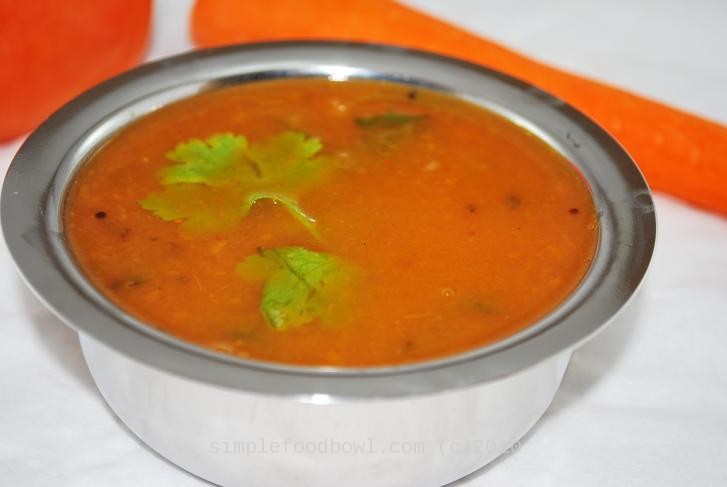 This classic soup actually goes under a variety of different names such as chaaru, sarru and kabir. There are many different variations but traditionally, rasam is a popular South Indian recipe created from tamarind juice, tomatoes and liberal sprinkles of spices including pepper and cumin.

To give the soup some bulk, cooked lentils and chopped vegetables are added – you can get as creative as you like, although pulses and greens tend to work best. If a little heat is what you desire then don’t forget to add some chillies – ideal if you want to sweat out a nasty cold.

This creamy, mushroom soup is chock-full of nutrients and is an excellent source of Vitamin D for those wintry months when the sun most certainly does not have his hat on. Vitamin D is vital for a strong immune system and healthy bones.

Mushrooms are fried with garlic and onions before mixing with water and bringing to a boil. To top of this dish add a dollop of cream, a smattering of spices and fresh coriander for garnish.

Sweetcorn soup is also a popular element of Chinese cuisine and this dish is likely to have been amalgamated from the influence of both culinary traditions. Sweetcorn is a popular vegetable throughout India with grilled, corn-on-the-cob often sold at roadsides, complete with a knob of melting butter or ghee.

Fry garlic and cumin seeds until they sizzle and pop before adding corn paste and a sprinkling of turmeric. Chicken stock and some shredded chicken breast adds nutrition to this tasty dish, whilst a garnish of coriander adds freshness and colour.

The soups of India tend to utilise seasonal ingredients particular to various regions. You can find similar dishes making use of fresh, British ingredients at some of London’s best Indian fine dining restaurants. With the range of innovative recipes on offer featuring the whole spectrum of distinctive Indian spices, you can be sure if you come in from the cold and book a table, you certainly won’t regret it.

Is Indonesia The New Emerging Market To Watch?