Dalmatia is the jewel in Croatia’s crown. This seaside region of Croatia is one of the most spectacular places you’ll ever see. Olive oil, fine wine, cheese, fresh, delicious fish, the sun glistening on the waves of the Adriatic Sea, a thousand beautiful islands, the salty smell of the sea, all of these things and more make Dalmatia truly exceptional. From it’s small, traditional villages, to the second biggest city in Croatia, Dalmatia offers a chance to glimpse into the traditional Dalmatian lifestyle, while still remaining modern and relevant with its cities. The heart of the region, central Dalmatia, attracts tourists from all over the world. Here is just a short glimpse into some of central Dalmatia’s finest towns. 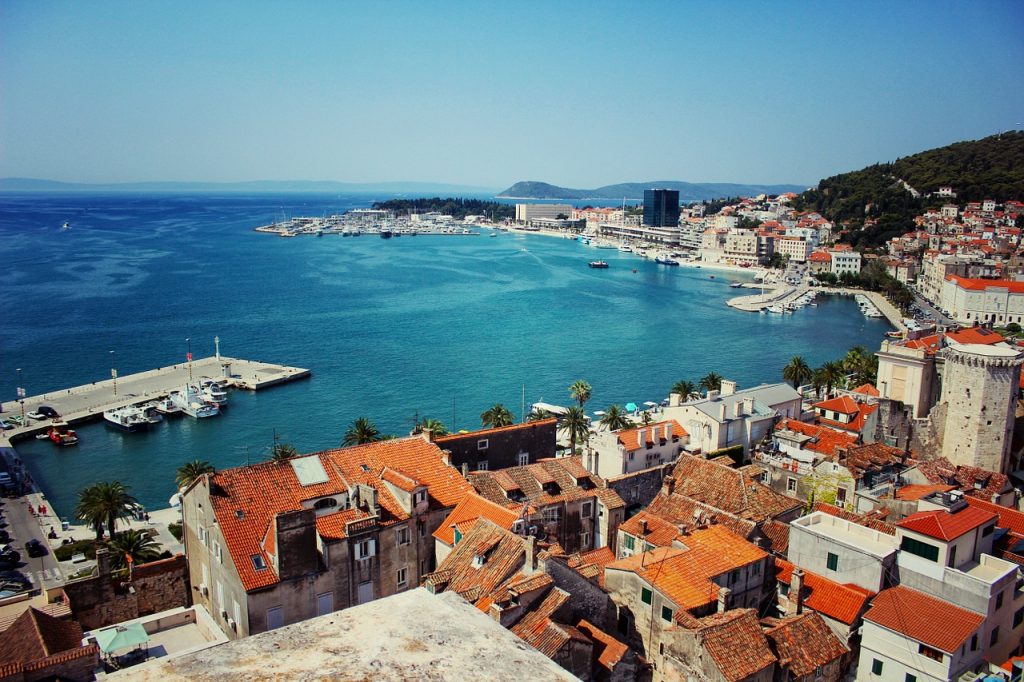 Croatia’s second biggest city, Split is the center of Dalmatia’s life. The city is best known for the amazing palace of the Roman emperor Diocletian. Diocletian built the palace in preparation for his retirement, and the palace is still a sight to behold today. Besides the palace, numerous old churches, walls and buildings litter Split’s old city core. Split offers some of the finest of Dalmatia’s cuisine. Homemade wine, olive oil, fresh fish caught by fishermen, local cheeses and much more will make your mouth water.

Besides food, drink, history and beaches, Split is the go-to place in central Dalmatia if you want to party. The world famous Ultra Europe music festival is held each year in and around Split. Besides Ultra Europe, during the whole year numerous local and foreign performers organize shows in Split’s numerous clubs and cafes, so have no fear, Split will offer you hundreds of ways to have fun. 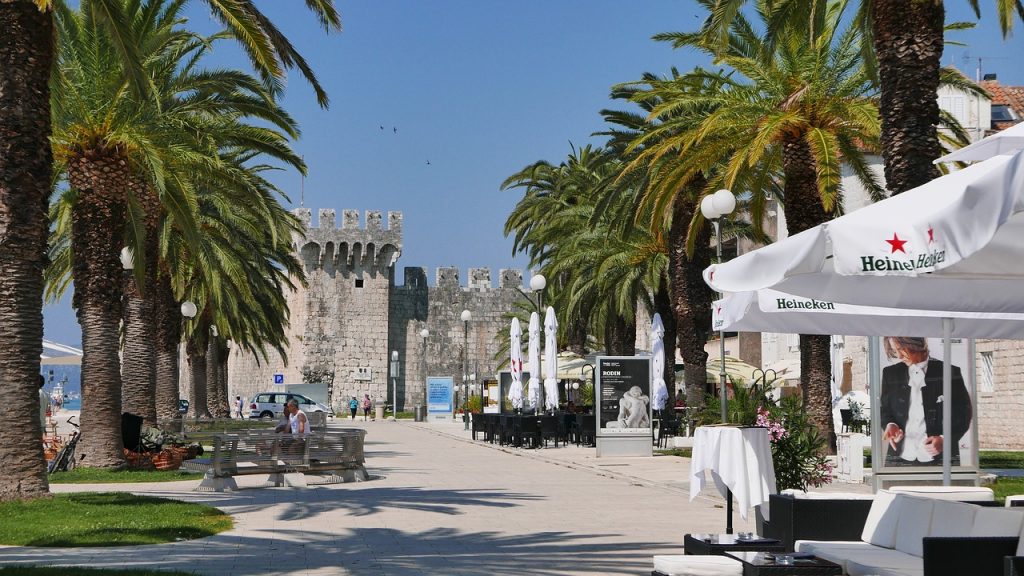 If Split is a little too big and urban for you, then the city of Trogir will make you experience a more laid-back experience of central Dalmatia. Located only 17 miles from Split, Trogir is a stunning, traditional Dalmatian town. Trogir is full of small, family restaurants, fishermen traditional cafes and much more.

Trogir is sometimes called the town-museum, because of its numerous preserved ancient structures. History buffs will love the sights of Trogir. The Cathedral of Saint Lawrence, the Cipiko palace, the ancient city walls, and the stunning, palm filled promenade will dazzle you. A testament to Trogir’s beauty is the fact that it was placed on the UNESCO World Heritage list in 1997. What else do you need to know? 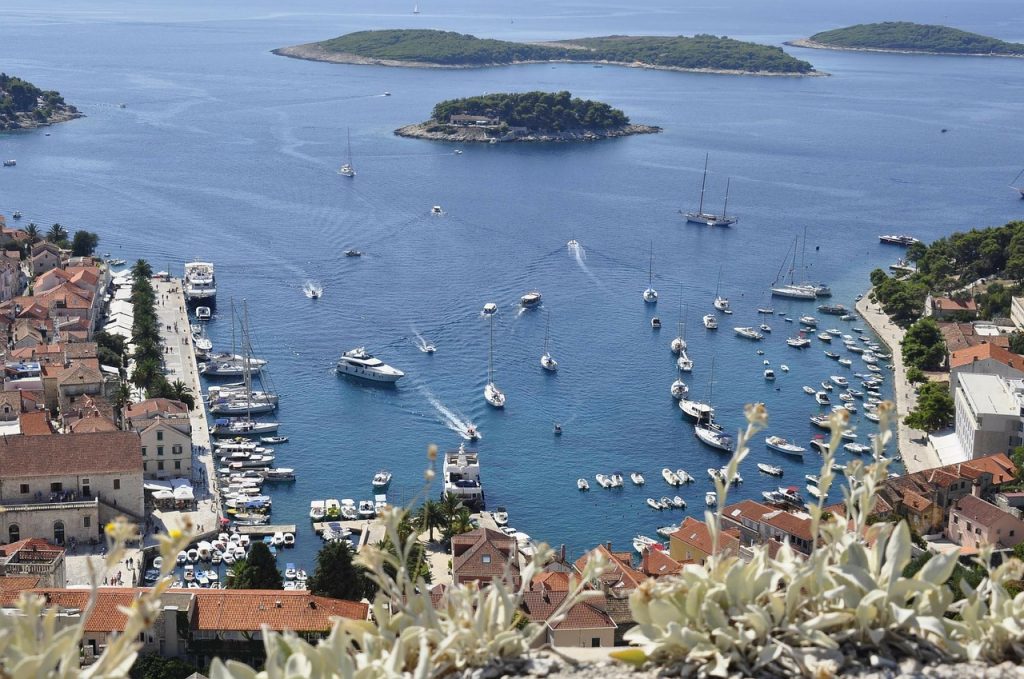 If you like sunshine and beaches, Hvar is the place for you. The island with the most sunny hours in Europe, a staggering 2800 a year, you don’t have to worry about the weather on Hvar. Hvar is perhaps the most popular island in all of Croatia, and for good reason. Coupled with the amazing weather, Hvar is teeming with lush, green vegetation, and wonderful smells of rosemary and vineyards fill the island.

The biggest town of Hvar is, surprisingly, called Hvar. The town is everything you’d expect out of a Dalmatian island town, and more. The picturesque surrounding nature, narrow streets, white stone houses, and the fabulous ports will make you feel like you’ve gone back in time and arrived at a place where life is simple and peaceful.

How to reach them?

Getting to Split, Trogir or Hvar is easy. Split has a fully functional, modern airport, with tons of flight going in and out every day. When you land, a short airport transfer to Split is all that separates you from the city. If you’re heading to Trogir, there are numerous bus lines connecting Split and Trogir, but you can also use a taxi because of the relative short distance between the two cities. If your destination is the island of Hvar, catamaran and ferries from Split set sail every day, and transport people and cars in-between Split and Hvar.

Why Chinese Tourists Love To Go To Bali?

Getting Married Abroad: Weddings In Gibraltar

5 Things to Do in Dublin For the Best City View

Planning Visiting Ireland? Here’s What You Must See!

Historical Weekend City Breaks To Take In The UK