Many people take the availability of clean, fresh water for granted every day. It’s easy to do when it comes out of a tap and therefore, nothing not often thought about. But, even developed countries now have to cut back on the amount of water wastage and with that there are early signs of what maybe to come for future generations. The ones that benefit in the future will be the countries that have stored, saved and simply been smart. There have been recent reports from specific countries that, what’s been done with oil could also be done with water; horizontal drilling. Obviously, this technique would not be viable for every country or parts of countries that need more water currently and in the future.

Firstly, there’s the cost of the technology and unfortunately this is the most difficult barrier for most to overcome.

Secondly, there are logistical issues that would need resolving, as it would be extremely difficult to simply get the technology to where it is needed in some cases. So, even if the technology for drilling down the surface is affordable, logistically it could be a major problem.

On the other hand, as horizontal drilling has helped in many situations in the case of oil, drilling horizontally for water could be a thing of the future; there will be some countries or problematic areas that are in a position to drill for water as an alternative to relying on collecting water from reservoirs.

There are currently vast amounts of water wastage due to a lack of ‘getting it fixed’. Water companies across not only the UK, but the world are partly responsible for periods of a lack of water, as they simply leave burst pipes for too long. In the UK alone, there are tonnes of water that is wasted each year, meaning that it doesn’t only go on the consumer bill, but droughts in past times could have been prevented.

In order to cut down on the mass amounts of water wastage, stricter controls need to be put in place, by both the Government and Ofgem rather than leaving it to the water boards to ‘sort it out’. 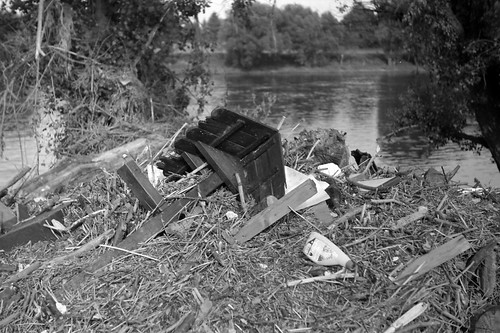 Generating drinkable water from waste doesn’t sound the most appealing idea; however, there are methods now available that can treat even the dirtiest of water. All it takes is a huge amount of investment; something that not many countries are in the position to do. The cost of these types of operations would perhaps have to decrease considerably in order to make any real difference.

Water coolers could be a way of being able to store more water that is clean and readily available. There will need to be more homeowners and even businesses that can afford to invest in water coolers to do so. Doing so would help to free up water supplies to homes and save water in general; investing in water coolers can save vast amounts of water that households and businesses waste each year from simply leaving the tap running for example.

Even developed countries can struggle when it comes to being able to keep up with the demand for water supplies. A recent case being in Texas, USA; for three years running, the Lower Colorado River Authority have had to cut the amount of water released to farmers in order to save water.

It’s quite hard to believe that a country such as, the USA have struggled so much in regards to meeting water supply demands; partly because the USA was one of the richest countries in the world.

In the case of Texas, horizontal drilling could be a saviour for many years to come in terms of being able to supply enough clean water to its residents that’s of course if there is funding available.

Gordon, the author of this article has worked in the water cooler industry for many years and has vast knowledge on the treatment options available when it comes to providing clean, safe water.