Stock up your fridge and savour some of the UK’s finest beers. From traditionally-brewed English ales to thirst-quenching lagers, beer is one of the nation’s favourite tipples.

Despite scorn from real ale drinkers, lager remains a firm favourite. Whilst sales have fallen in recent times, it still remains the most widely-drunk variety of beer.

Draught beer takes up the largest market share, although bottled beer is rapidly growing in popularity. Premium bottled ale is showing the fastest growth, with the potential to double in value over the next few years.

Whether you prefer a smooth ale fresh from the cask or a chilled lager fresh from the fridge, we have compiled a small taster of Britain’s most popular beers. 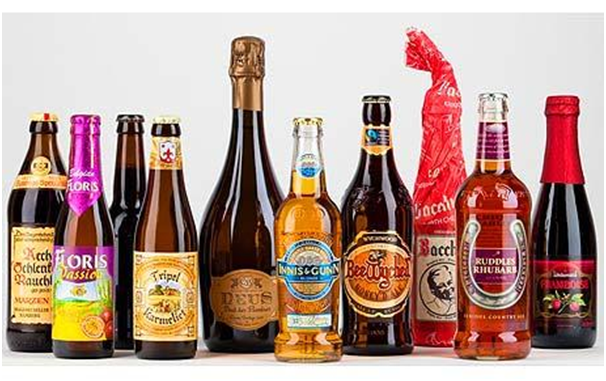 According to the BBC Carling is the UK’s most popular beer, with more than one billion pints brewed in the UK last year. The brand became popular in the 1970s and 80s with the ‘I bet he drinks Carling Black Label’ series of adverts and as the sponsor of the English Premier League and Reading Festival. Despite its English persona, Carling hails from Canada,

This classic real ale, brewed in West Yorkshire, has been named the best beer in Britain. The beer is described as a “well-balanced, genuine Yorkshire bitter, with a full measure of maltiness and hoppy aroma.”

A curry house favourite, Cobra is the perfect accompaniment to spicy food. The beer was the brainchild of Indian Cambridge student Karan Bilimoria, who was looking for a less-gassy beverage to drink with curry. Easy to drink and less likely to cause bloating, Cobra satisfied the demand for lighter beer and found its way into tandoori restaurants across the country.

Most of us remember the stylish adverts imitating French classic cinema and the “reassuringly expensive” tagline. It was this French concept that helped Stella to become Britain’s top-selling premium lager, despite the fact it originates from Belgium.

Lager tastes better when served chilled. Commercial bottle coolers are an ideal solution and can also be used in the home. Click to review a selection of bottle coolers by Fridgefreezerdirect.

Beer was one of the first alcoholic beverages made by mankind and it is consumed worldwide. With thousands of varieties available, it should not be difficult to find one to your taste.

Top Of Form - Why Business Owners Should Hire Tax Consultants Like UrbanClap?

How To Choose Your Diet For Weight Loss?