The film Cocktail may have been released in 1988, seeing a boom in cocktail bars across the world but are we seeing a return?

Fashion tends to go in cycles and 80’s style has regained popularity over the last few years and now it would seem cocktail bars are making an appearance among the nightspots that we frequent. If you are planning to hit one of these it can be helpful to have an idea of what some of the cocktails are and which ones will appeal to you.

We are going to look at some of the most popular cocktails on the market so you will be fully prepared for a night out in a cocktail bar.

Starting simple with a Martini you have a mix of dry gin, dry vermouth and a dash of orange bitter, a somewhat classier option than something with an umbrella sticking out of it and, of course, James Bond drinks them.

Next we have the famous Daiquiri, you will see many flavours and styles from flamboyant strawberry and banana flavoured ones to the more subdued but equally tasty lime. The rum, sugar and chosen flavouring are a favourite for people looking for a tropical taste.

Next up is the Margarita made from lemons, limes, tequila, Cointreau, syrup and Ice cubes. The Mexican cocktail is a firm favourite for many and often the starter to a great night.

I am sure you will all have heard of a Gin and Tonic but what about the Japanese Gina and Tonic? Giving the traditional classic a distinctly Japanese twist by adding some of the Japanese favourite Midori, it gives it a sweet kick that totally transforms the drink. 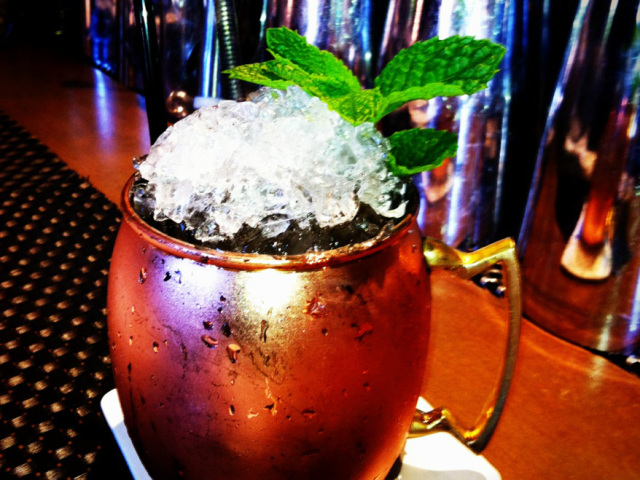 Whisky fans need not feel left out with the Whiskey Sour another simple cocktail consisting of whiskey, lemon juice and a teaspoon of sugar. Maybe not seen as the most ‘fun’ cocktail on the market but will suit someone’s tastes.

What kind of cocktail list would be complete without the drink made, even more, famous by Sex and the City. The Cosmopolitan is easily one of the most popular cocktails around today and contains vodka, Cointreau, Cranberry juice and lime juice.

These are just a small list of cocktails that you are likely to be able to order at any bar, not just a cocktail bar. In most cocktail bars you will be served by an experienced mixologist who will have their own cocktails that you can try. Another tactic is where you tell them a few things that you like and they create a drink tailored for your tastes.

You will find all kind of cocktail bars and it might take a bit of time for you to find your favourite cocktail in among it. Some more creative minded people are also taking it upon themselves to create, what they hope will be the next big thing to hit the cocktail world.

It will be interesting to see which cocktail will hit the big time next and whether a boost from a popular film or TV show will be the catalyst to get it there.

I have an interest in clubs and bars and like to blog about trends and developments in the scene.

The Importance Of Home Environmentalism