Home » News » The Fastest Speedboats In The World
News

The Fastest Speedboats In The World

Hydroplanes: The Spirit of Australia

Topping the charts for the fastest boat in the world, the Spirit of Australia holds the record at just over 317 miles per hour. Originally built in the 1970s by Ken Warby, the boat, while fast, was far from breaking the then world record of 285 miles per hour. Warby continued to improve his boat’s features and raced again in 1977. Unfortunately, the boat still wasn’t fast enough. In 1978, however, the boat broke the record for the fastest boat in the world and has held its place ever since. Today the Spirit of Australia is on view at the Australian National Maritime Museum. 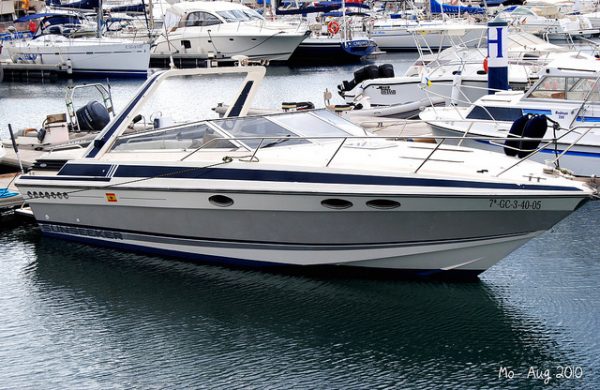 Its bright colors—orange and purple—aren’t the only thing that is memorable about the Phenomenon. While the Phenomenon hasn’t beaten the Spirit of Australia’s top speed, it is revered as the fastest speedboat in the world still being raced today and was engineered and constructed with the help of NASA, Boeing, and former US Naval architects. The boat can reach speeds of 220 miles per hour. It was funded and is owned by the famous Al Copeland, owner of the restaurant chain Popeye’s Famous Fried Chicken and Biscuits.

The three gas turbine engines of this majestic yacht—the fastest motor yacht on the seas today—propel the Wally 118 to just under 70 miles per hour. While it’s certainly not the fastest boat in the world, the Wally 118 is famous for it’s design, stability, vertical bow, and its overall comfort.

Super Yachts: The World is Not Enough

Forty miles per hour—that’s how fast this super yacht goes. Okay, so the World is Not Enough certainly isn’t about to break any speedboat records, but the yacht is the fastest of its kind. In fact, other super yachts hardly reach half the speed of this vessel. The yacht spans nearly 138 feet and is built with an aluminum structure that allows the craft to reach high speeds. Not only that, the yacht is a particularly quiet version of a speedboat and is said to also be vibration free and very comfortable.

Most sailboats aim for luxury rather than speed. But that’s not the case for the Hydroptere, which was designed for speed alone. Able to reach almost 60 miles per hour, this sailboat plans to compete in the Transpacific crossing, sailing from Hawaii to Los Angeles in less than 5 days, 9 hours (the 1997 record currently held by another French team). Using “marine wings” the boats can rise to the surface of the water to reduce resistance and increase speed, and they can accelerate from 20 miles per hour to 57 miles per hour in 10 seconds. Pretty incredible!

Lionel Hutchinson is a freelance writer specializing in boat mechanics, boat technology, boat accessories and other related topics. Those who’d like to learn more about marine engineering are strongly encouraged to view Orcaflex.