The Best And The Worst Car Of The Year Awards

If you are after an expert, independent judgement of all new cars in the United Kingdom, then you can’t go wrong by looking at cars that have been voted Car of the Year!

An international award, Car of the Year is presided over by a panel of senior motoring journalists from all over Europe for more than 38 years. The objective of this prestigious award is to highlight the most outstanding new car to go on sale in the 12 months preceding the date of the title (so right now, a shortlist of cars for 2014’s award has been drawn up).

The award winner and other shortlisted cars are judged on many key points, such as price, design, comfort, safety, fuel economy, performance and handling. The 58-strong jury hail from over 22 different European countries, representing a broad selection of senior motoring journalists.

Car of the Year 2013: Volkswagen Golf

Recognised by the panel of motoring journalists for its outstanding achievements in safety, comfort, and fuel efficiency, the new Volkswagen Golf also had other impressive features that left a lasting impression in their minds, such as an updated ESP stability control system, the choice of engines, and its nice-looking cabin with analogue-style instrumentation.

The Hyundai i30 was voted bottom place for the Car of the Year 2013 award. It had received a paltry 111 votes, in comparison to the winner (the Volkswagen Golf), which had received a respectable 202 votes from the jury.

However, the news isn’t all gloomy though, as it has had some positive press and awards from other motoring groups and the motoring media. 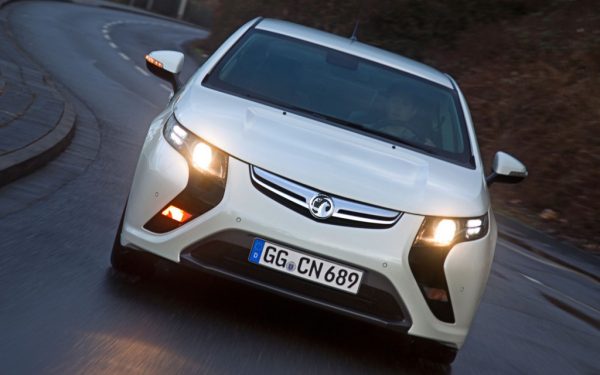 Essentially the same car but with slightly different styling, the Chevrolet Volt and Vauxhall Ampera were joint winners of the Car of the Year 2012 award, surpassing the Volkswagen Up! and the Ford Focus respectively.

The General Motors developed car is the result of years of planning, research, testing and development, and is an excellent example of a plug-in hybrid electric vehicle with an extended range. The car is powered primarily by the electric drive, with a 1.4-litre petrol engine taking over when the batteries are out of juice.

There was some concern during the pre-production stages of this vehicle with the battery packs, because during crash tests it was shown that they had heat control problems, but these issues have since been resolved with better battery protection and more efficient cooling systems in place.

There are 31 cars that have been chosen in the first round of shortlisted cars for this awesome award, including the BMW X5, the Ford Kuga, the Lexus IS and the Seat Leon.

Personally, I hope that the Seat Leon wins Car of the Year for 2014, as they are such great cars to drive and have a fantastic Euro NCAP safety record!

How To Find A Cost Effective Accommodation In Auckland, New Zealand