Galaxy A has a design with glass and metal, the Galaxy C5 comes with a code name (SM-C5000), A sleek design and a premium finish, Powered by the octa-core Snapdragon 617 CPU clocked at 1.5GHz. Coupled with 4GB RAM, including Adreno 405 GPU, Smartphone will run on Android 6.0 operating system, Galaxy C5 will have a 5.2-inch full HD display with screen resolution 1920×1080 pixels.

According to the GFXBench under the model number SM-C5000, Smartphone scored 3147 points on the multi core test and 609 points on the single core test. Company planning to launch the new c series smartphone for the Chinese market next month. Of course, keep in mind that this is a mid-range device, This device look’s like Galaxy A5 (2016), Still, with such specifications, This smartphone is very close to the Galaxy S6 last year, Galaxy Note 6 will offer 6GB of RAM. Galaxy A7 offering 3GB of RAM. 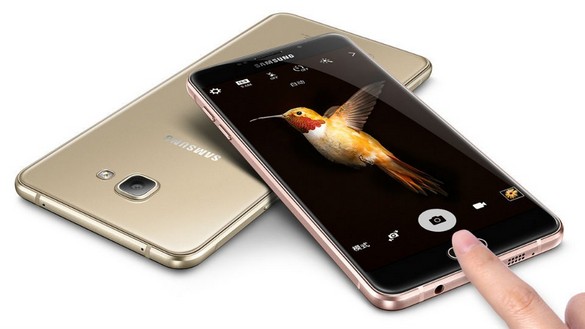 Galaxy C7 dubbed under the code name SM-C7000, or Galaxy C7 for short, It will be equipped with a Qualcomm Snapdragon 625 CPU, powerful processor than Galaxy C5 processor, including 4 GB of RAM and 32 GB of internal storage. More support to the storing Android Apps, But more importantly, For photos and video chat, it will feature a 16 megapixel primary camera with LED flash, And a 8 Megapixel front camera, Smartphones will feature a 5.5-inch full HD display with screen resolution 1920×1080 pixel. The smartphone supports full HD video recording, According to the latest leaked information, This device runs on Android 6.0.1 Marshmallow. Smartphone compatible with 4G LTE, 3G, 2G, GPS, BT 4.1 and WiFi.

This year south Korean tech giant Samsung focuses on metal body design smartphones, new Galaxy J (2016) devices have a bit of metal, Korean manufacturer, like last year, wants to reduce its range of smartphones. Thanks to its many ranges of phones, the company no longer delivers its range Galaxy A (the Galaxy A3, the Galaxy A5, A7, A9 and A9 Pro), Galaxy J and Galaxy S smartphones.

6 Ways To Get Optimal Results To Tone Your Body

Fashion Tips While Making Additions To Your Wardrobe

Top 6 Perks of Being a Web Designer