R22 Replacement and The Cost Of Air Conditioning

In 2004, the government banned the use of the ozone depleting refrigerant gas R22 in all new air conditioning systems.  Then they set a deadline of January 1st 2015 for R22 gas to be phased out completely from all existing systems.  Well, that deadline has just passed us so if you haven’t yet replaced or made changes to your R22 system, you are actually breaking the law.  R22 was widely used in air conditioning systems before 2004, so if your system pre-dates that year, the chances are this ban has or will have a major effect on your air conditioning costs.

In 2010, following a new European Regulation it became the case that you could no longer legally use new R22 to maintain your existing equipment.  Since then you’ve only been able to use reclaimed or recycled R22 sourced from decommissioned equipment.  However, supplies of this are obviously depleting and are now virtually non-existent, making them grossly expensive if you are even able to get hold of them at all.

And as of now, you’re unable to top up your system with any kind of R22 at all whether it’s virgin, recycled or reclaimed.

In the current economic climate, many business owners have delayed replacing their system, put off by the large cost.  However, at this point, you really are left with no choice and the good news is that whilst the initial cost of replacement might be high, your new system will be far more cost effective meaning that you will recover your costs over time. 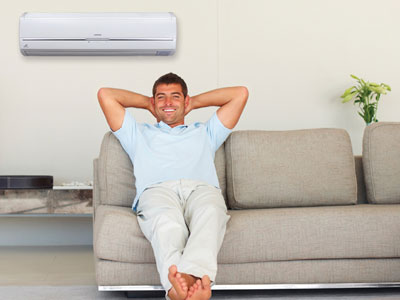 There are two options for you if you still have not replaced your R22 system.  You may need to replace your entire system, but in some cases it might be possible to use an alternative modern refrigerant to top up your existing system.  Although this will usually mean that you’ll have to replace certain parts.

You’ll need to consider many factors when choosing which of these two options are better for you.  These include:

* The age of your current system

* The system’s current level of efficiency

* If alternative refrigerants are compatible with your system

* The availability and efficiency of modern refrigerants

Choosing the second option of using alternative refrigerants in existing systems might seem appealing to some business owners, since undoubtedly the preliminary cost of this is far less than an entire system replacement.  However, when you consider the above factors this option seems less feasible.  Many manufacturers state that using modern refrigerant in converted air conditioning systems leads to poorer equipment performance and higher energy costs.  This not only means you’ll be spending more in the long run, but you’ll also be running the risk of breaking other laws following the introduction of the Carbon Reduction Commitment Energy Efficiency Scheme and the passing of the Energy Act in 2011.

So for many companies, it may be that installing a new air conditioning system is the only viable option.  If you own your own building there’s no way to avoid the cost, but if you are a business tenant do check your tenancy agreement to see if the responsibility may lie with the vendor.  If you find that the responsibility does lie with you, then try not to panic.  When I recently replaced my system in time for the deadline I found that air conditioning in Bedford was far more reasonably priced than I had anticipated.  As with anything, do your research and compare quotes from various companies.  However, be cautious about what is definitely included in the quotation prices.  For example, if you receive a higher quote which includes maintenance and repair, it may well work out more cost effective.

Whichever way you look at it, something has to be done and you need to take action now!  Like many things in business, this is a cost you can’t avoid, but at least it’s one that should work out to be beneficial to you over the course of the future.

How To Send Your First Parcel Online?