Home » Health » Natural Remedies For Weight Loss – Which Are Most Effective?
Health

Natural Remedies For Weight Loss – Which Are Most Effective?

Chances are that over the course of recent years, most weight-watchers will have become more than a little jaded with the sheer number of ‘miracle cures’ and apparently silver-bullets peddled by their respective purveyors. The simple, if unfortunate fact of the matter is that there has never been and probably never will be an outright cure for obesity, or a way of shedding those extra kilos overnight… Without resorting to major surgery, of course. This just isn’t the way the body works and trying to force things in such a way is both futile and dangerous – it cannot be done and so you shouldn’t try.

Because of this, it’s really only natural that when most individuals looking to lose a little weight hear about the wonders of herbal remedies, they shrug off the idea as nonsense. After all, if all the marvels of modern medicine can’t help produce a wonder drug for weight loss, what hope is there for bog-standard herbs and natural supplements? 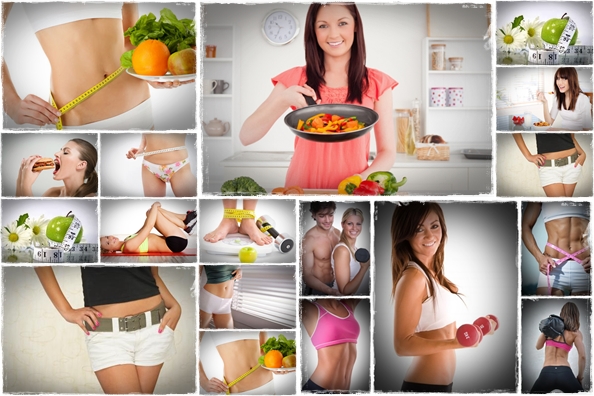 The answer, surprising as it may be, is a great deal of hope and then some!

What the Body Needs, and Plenty of It

When you use any kind of synthetic supplement or preparation, it has an effect on the body that’s entirely unnatural – something that would never happen if Mother Nature was left to her own devices. It doesn’t take a genius to figure out that going against the body’s natural processes in never a good idea, whereas giving the body what it needs and plenty of it just makes so much more logical sense.

Of course, no combination of herbs in any quantity is ever going to yield overnight results – this just isn’t realistic. But in terms of a catalyst to help give things a nudge in the right direction, natural supplements and ingredients really do pack a punch.

All of which of course leads onto the obvious question – which of nature’s goodies are best-suited to weight loss? The simple answer is anything that’s proven effective in either boosting the metabolism or aiding digestion, with generations of research having singled out the following as perhaps the most effective of all:

Everyone knows how beneficial antioxidant-rich green tea can be in general, but few realise how it can also lead to an uptick in the body’s thermogenesis – as in the speed and effectiveness with which fat reserves are burned. It tastes great, it helps reduce cholesterol levels and is also a well-known appetite suppressor – the benefits delivered in the form of a simple cup of green tea really are extraordinary.

One of the most commonly used herbs of all of ancient China is ginseng, which even to this day is something of a staple among tens of millions of Asians looking to drop a few pounds. Extensive tests have shown that ginseng not only helps to speed up the metabolism and thus boost fat burning, but can also limit the body’s ability to replenish these fat cells once converted back into energy. So not only does it help get the weight off, it helps keep it off too!

Not to be confused with the world’s premier search engine, an extract of the guggul herb has enjoyed something of a renaissance as of late having once again proved its effectiveness in assistance with weight loss. Unlike its counterparts however, the benefits of guggul come by way of the herb’s effect on the thyroid gland, which plays a crucial role in the body’s metabolic efficiency.

Simple, affordable and downright delicious to boot, hibiscus tea represents one of the most enjoyable supplements of all for anyone trying to slim down a few inches or so. Packed with amylase inhibitors¸ it works by making it easier for the body to flush out carbohydrates and fats that may otherwise be absorbed and stored as fat cells.

And finally, though not strictly a herb in the traditional sense, there’s much to be said for the beneficial properties of grapefruit for weight loss. Recent studies have revealed how Naringenin – a flavonoid found in grapefruit – encourages the body to burn fat at a faster rate and could also be useful in the prevention of diabetes.