Kohn Pedersen Fox, the international architecture firm, recently announced the exclusive plans to wrap the Petersen Automotive Museum in Los Angeles with steel ribbons. This would be done as part of renovation.

The Petersen Museum, one of the largest automotive collections of the world, is informed to occupy a former department store on Wilshire Boulevard. According to reliable source, the museum is going to celebrate the twentieth anniversary in 2014. It has commissioned Kohn Pedersen Fox, which is popularly known as KPF to upgrade its old-fashioned facilities. 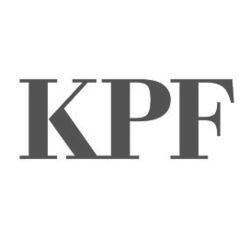 Trent Tesch, design principal of KPF stated that the Petersen Museum is enriched with a rich cultural deposit of the most compelling and interesting automobile of the world. He further added that located in a converted department store, the museum uncovers itself without the image that is deserving. He is of the opinion that the expression of the building structure lacks imagination.

Tesch also informed that their objective was to insert new life to the building with negligible involvement that they believed would provide the maximum effect. The design is proposed to do in such a way that it would offer an abstract veil of flowing ribbon that not only appeal to the spirit of the automobile but also invoke the spirit of Architectural culture of Los Angeles.

According to reliable source, the plan was set for completion by early 2015 as it is predicted by the experts that the plan will take 14 to 16 months to turn into reality. The renovation would include stripping back the existing concrete porch and altering it with an exclusive red colored aluminum rainscreen, over which the stainless-steel ribbons will be mounted. It is informed that at night integrated lighting fixtures would highlight.

A. Eugene Kohn, chairperson and co-founder of KPF, remarks that the new façade would remind the shape created by dancing ballerina that would perhaps aim to express constant motion, aerodynamics, movement of the air, and also suggest speed at the same time.

It is also informed that the architects would also renovate the interior of the building that is proposed to offer an additional space of 1400 square meters of exhibition space in order to maintaining the growing collection of the museum.

An extension to a 30-storey tower in London and a skyscraper proposal for a new business district in South Korea is some others projects that are in progress by KPF.

Reliable sources informed that Los Angeles is the city that automobile brought to life. The concept of architecture of Los Angeles raises the idea of the modern mid-century movement that was reported to lead by Architects including Wayne McAllister and John Lautner.

It is worth to mention over that the modern and space age architecture that is known as “Googie” is featured by curvaceous shapes, upswept roofs, and gallant usage of steel, glass and neon. Experts opined that this style of architecture was influenced by suburban life, car culture, and the Atomic age. In spite of increasing car ownership, cities need not had to rely on a central business district and henceforth business are now scattered with residential areas.

Ski Resort of Bulgaria Nominated Best in the World