William P. Lauder, the scion of the Estee Lauder family, can be an inspiration for many who aspire to carve out a niche in their profession. Being the son of Leonard Lauder and the grandson of Estée Lauder, who founded Estée Lauder Cosmetics Co., William as the descendant of a celebrated family could have chosen not to drive himself and basked in the glories his ancestors had earned with their path-breaking initiatives. But, he decided to carry forward the glory and pride. His brilliance and acuteness made him join the world that gave the lineage he belongs to a global recognition.

Here is a brief look at his professional journey, which catapulted him to a position of power and made him a public figure, due to which whatever surfaced on his personal front also could not remain a hush-hush matter, for instance, William Lauder divorce. 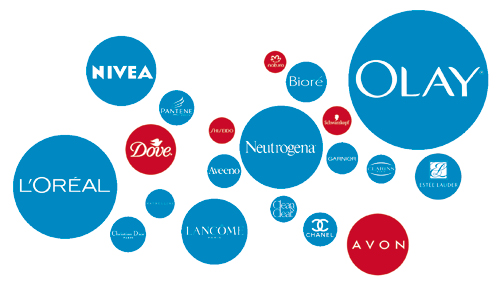 Before becoming a part of his ancestral company, Mr. Lauder pursued Macy’s Executive Training Program in New York City and worked as an Associate Merchandising Manager of the New York Division/Dallas store that was started in 1985.

In 1986, William assumed the role of Regional Marketing Director of Clinique U.S.A. in the New York metro area in his company. From there, he went on to take on the leadership of the development of the popular wellness brand Origins and the unique concession model of store-within-a store. Soon the doors of leadership positions started opening on him one after another. He headed the global businesses of two acclaimed brands – Origins and Clinique in addition to overseeing the online business and free-standing stores of the Company.

In 2002, he was appointed as the Chief Operating Officer of the Company and was given the responsibility to oversee its global operations along with nine specialty brands and the retail business. Under his guidance, Clinique moisturizing lotion became a bestseller among the skin care products in U.S. department stores and the first ever anti-aging product under the same flagship was also unleashed.

In July 2009, he was elected Executive Chairman and Chairman of the Board of Directors. His journey as chief executive continued from July 2004 through June 2009. During this period, he made the Company and distribution channels internationally competitive and empowered the brands.  And, today, he is the Chairman of the Company.

An enthusiastic skier, hiker, golfer and mountain biker in leisure time, William Lauder is a success story personified. Despite being embroiled in some controversies on the personal front including the much talked about William Lauder divorce case, he is an inspiration for many for the achievements he has made.

When Acne and Weight Gain Go Hand in Hand