India has long had the reputation of being unwelcoming to overseas business ventures. For many years it looked like fast food chains would not be able to make the impact they have done elsewhere. However, this has not been the case; India has a young, upwardly mobile, middle class population, keen to take advantage of all things convenient when it comes to food. The big names such as Taco Bell, Krispy Kreme, Burger King and McDonald’s have all started to make their marks on India and continue to open outlets across the country.

India’s oldest fast food restaurant chain is Nirula’s. It opened its doors in 1934 and operated under the name “Hotel India” in Delhi’s Connaught Place. Then it had 12 hotel rooms, a restaurant and a bar; today it has reinvented itself as a ‘desi version’ of Western fast food chains. Long before the likes of McDonald’s entered India, Nirula’s opened its first fast food restaurant in 1977 alongside a number of other ventures such as a snack bar, pastry shop and ice cream parlour.

However, when McDonald’s and similar brands did enter the Indian market Nirula’s took a beating.Faced with empty tables and a number of management changes it needed to take action to start breaking even again. Today it has adapted its business plan and reduced the number of outlets from 90 to just 32. 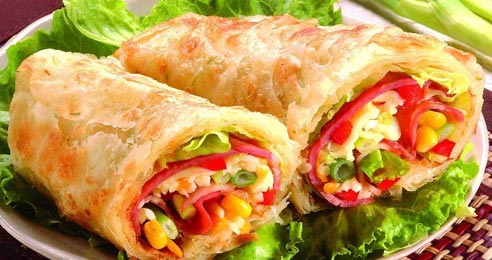 While the secret to success for global fast food brands has been to adapt their menus to Indian tastes, the secret to Nirula’s success lies within the customer experience. Its current owners are hoping to capitalise on the fact that the restaurant has played a part in so many people’s lives;from birthday parties to first dates, Nirula’s has held many a celebration and has a place in the hearts of those who have visited it.

In India, what the likes of KFC and Burger King are competing with is centuries of food culture that is still hugely important today. There isn’t a festival, event or special occasion that passes without food playing arole. There are speciality dishes that are unique to individual regions and festivals in India. What works in the Western world of food consumerism doesn’t necessarily work in India. The initial excitement about a new food brand is not likely to create a success story – it needs something more.

The management at Nirula’s is hoping its magic ingredient will be nostalgia. Credited as being the first restaurant to introduce the culture of fast food to India, it can also lay claim to being the brand to bring burgers, pizzas and ice creams to Delhiites.

Although the US would like to lay claim to the concept of fast food, this is far from the truth. Fast food is something that has been around long before the golden arches took shape. To get a taste of India’s original fast food street food – visit one of London’s popular Indian brasseries. Serving classic street food items that wouldn’t be out of place on the stall of any street vendor in Delhi, you can get a taste of India’s rich and varied centuries of food culture.