I lost 15 pounds in just one month by sticking to a vegan diet. I stopped eating any food containing animal products and instead ate a balanced diet consisting only of grains, beans, legumes, vegetables, and fruits. I must admit, when I informed my family of this decision, they looked at me like I had lost my mind and had joined the ranks of some bizarre cult. Unlike me, they had not researched and read about the countless health benefits that are speculated to result from a balanced vegan diet. While health concerns were my main motivation to start, I was also inspired by the idea that this diet would be cruelty-free and eco-friendly. Although it wasn’t easy and I did experience some social resistance at first, trying a vegan diet ended up paying off more than I ever could have anticipated. 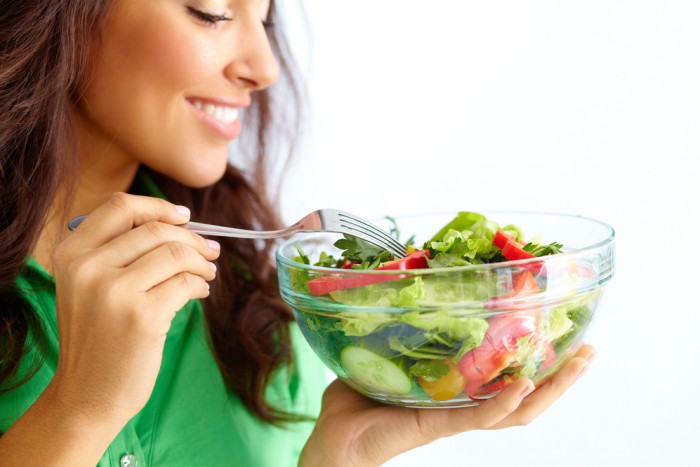 As a 25-year-old, single female who was, admittedly, not the best cook and relied too much on the convenience of McDonald’s, my focus was to lose weight, gain energy, and improve my overall mood. From working behind a desk all day to only come home and either watch a movie or play games online, I wasn’t the most active to say the least. Switching to a vegan diet helped me to successfully accomplish all of this, while simultaneously improving my cooking skills. In just one month, I dropped 15 pounds, smiled far more often, and completed my chores and work without feeling exhausted afterwards. The foods I bought were not heavily processed or loaded down with saturated fats, and recipes with all-natural ingredients were readily available online. I made sure that the foods I bought were not high in sodium and I even took a daily supplement to replace the loss of B12, a vitamin only found in animal protein.

After losing so much weight so quickly, I began to wonder what it was about the vegan diet specifically that helped get results that no other diet had achieved previously. After some research, I found that the foods I replaced the animal-based foods with were generally higher in fiber. Foods like apples, high in fiber and water content, were becoming a larger part of my regular eating routine and my body did not complain about the change. I also implemented delicious smoothies into my routine. As long as the smoothies I made were high in protein and low in fat, they gave me an incredible amount of energy and I always felt full afterwards.

The vegan diet is not only friendly to the body, but is great for the environment and, of course, to animals. Switching to a vegan diet is estimated to save roughly 95 animals every year as well as greatly reducing greenhouse gases. I lost all that weight, improved my health, and felt great about doing it.

How To Plan A Bachelor Party That's More Than Just Drinking