Waste management is no more a fancy term for taking out the trash – a scientific approach to dealing with rubbish is a necessity today. Australia’s beaches are drowning in trash, and Aussies themselves are to blame according to the CSIRO, the national science agency. The CSIRO estimated that about 150 million pieces of garbage lying around on the beaches.

This is the find of a survey of over 175 Australia beaches since 2011, to analyse the spread of human-caused waste. Surprisingly, more remote beaches harbor more rubbish than those near major hubs of population. Most of the trash is urban waste – primarily plastic bottles. 20% of it is fishing debris.

Where is the Trash?

Border Village (South Australia), has the most rubbish. Victoria’s worst beach is the one on Pearse’s Road. On the other hand, the 80 Mile beach (Western Australia) is considered “pristine”.

Why is the Rubbish in Remote Areas?

Australia is an outdoorsy country – people are going to explore the beaches, no matter how out of the way they are. The problem, according to Dr. Denise Hardesty, lead researcher is that the people visiting these beaches don’t have a personal connect with them. This lets them feel free to litter.

Denise says: “I’d attribute that to a social obligation people feel to clean up areas close to them. Once beaches aren’t quite as close to where people live, they feel less of a social responsibility, which is why you find rubbish left behind from campsites on beaches and so on.” Clearly, when you have trash like refrigeration freezers on shore, this is true. 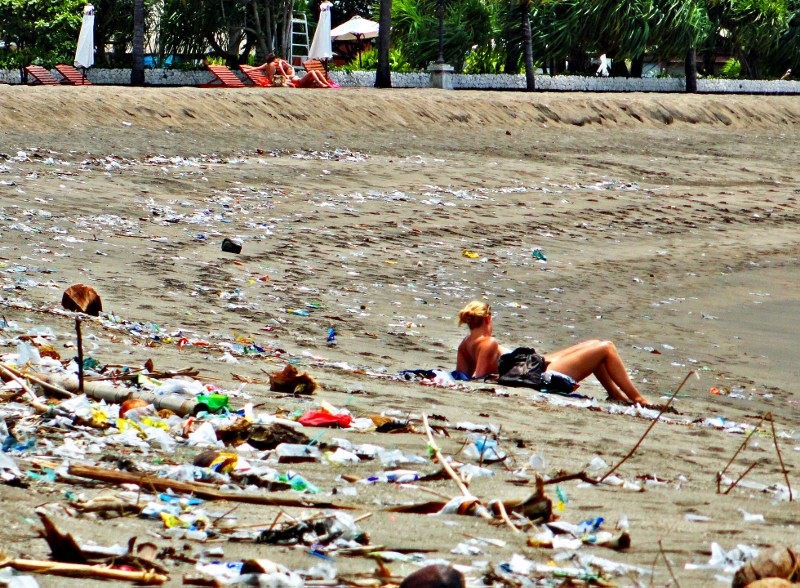 The Impact of this Trash

The tourism industry, for one, is clearly impacted. According to Dr. Hardesty, the prevalence of this trash is a dent on the assumption of pristine Australian beaches. And, as tourists are increasingly flocking to far-off beaches instead of mainstream destinations, the impact is definitely worsened.

Secondly, the local ecology, a big draw for tourists and also important for the biodiversity suffers. Plastic resists biological decomposition, and makes its way into the oceans, harming marine life and other organisms linked to the marine ecosystem, including seabirds. Animals tangled up in plastic can holders and bags certainly doesn’t paint a pretty picture for tourists, either.

The Role of Garbage Management

The role of garbage is therefore to ensure two-fold – not only ensure the proper recycling systems are at play, but the actual rubbish removal from urban sites. Rubbish must be properly collected and contained from sites like beaches.This will ensure that it does not enter the local ecology, and eventually compromise human health.

Proper collection includes properly sorting the rubbish into paper, plastic, biodegradable, and metal. This will enable its proper treatment. For example, biodegradable and metal trash doesn’t need to be placed together, as they need to be processed differently. Another new breed of trash, electronic waste, deserves special attention as it is a combination of glass, plastic, metal and chemical trash. This is because its components include plastic (its outer shell), glass (the screen), metal (with reference to circuitry), and chemicals (used in the actual display).

And, once it has been properly collected, this trash needs to be properly processed so that it does not cause any harm. A recent problem that Australia is facing is the proper treatment of electronic waste. There have increasing incidents of chemical from e-waste leaching into the environment via the soil and reaching the groundwater.

Everything Rubbish is one of the best known providers of builders rubbish removal services in Sydney. Visit their site http://everythingrubbish.com.au/waste-removal/electronic-rubbish-removalfor more information on electronic rubbish removal Sydney.

How To Avoid Getting Wet While Riding Bike On A Rainy Day?