Home » News » Health Risks of Toxoplasmosis and How to Prevent Them?
News

Health Risks of Toxoplasmosis and How to Prevent Them?

Cats are clearly very popular pets and in the United States alone, there are nearly 100 millions of them. In general, cats pose minimal health risks for their owners, however, they could also cause some major concerns. Health risks associated with cats often stem from their feces. It is a fertile media for potentially dangerous parasites and bacteria. The most common risk of owning cats is toxoplasmosis. It is essentially a type of infection caused by Toxoplasma gondii, which is a small parasite. It is easily destroyed by heat, but cats often consume raw or undercooked meat. It is believed that many millions of people around the world is affected by this health condition. 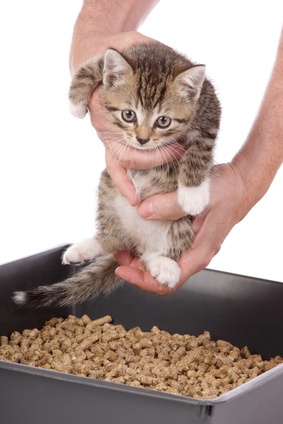 In reality, infection is very common, but many people don’t experience any symptom. In many cases, our immune system is effective enough in keeping the parasite from triggering any kind of disease. Also, we could easily gain immunity after being affected by Toxoplasma. However, some risky individuals would easily be affected by toxoplasmosis. People with reduced immune system and pregnant women are known to be vulnerable. Early symptoms of toxoplasmosis are quite mild. They are often thought as symptoms of flu. If we are affected, we may have stiff neck, muscle pain, headache, fever and swollen glands.

However, if the condition isn’t treated on risky individuals, there could be damages to internal organs, eyes and brain. In general, children who born from mothers with toxoplasmosis could suffer from blindness, mental retardation and hearing loss. Each year, many thousands fetuses are affected by this parasite and in some cases, miscarriage could happen. People could be affected by toxoplasmosis if they ingest enough Toxoplasma gondii parasites. This can happen quite easily among cat owners. They could ingest traces of cat faces by touching their mouth or food after handling litter box.

Cat may sit on a table or couch, causing contamination on seemingly harmless objects in our houses. Unfortunately, many cat owners who are also high risk individuals won’t give up their car, despite the risks of infections. If this is the case, it is important for them to do the following things:

5 Things To Ask Your Gynaecologist