Extreme sports also called adventure sports or actions sports, are the activity of choice of the adrenaline junkie. Often involving danger, these pursuits include high levels of physical exertion, speed and or great heights! Ernest Hemingway is noted to have said ‘there are only three sports: bullfighting, motor racing and mountaineering; all the rest are merely games’ implying a sport was defined as a life threatening activity but it wasn’t until the term gained popularity in the 1990’s when it was used to promote the X Games and when the Extreme Sports Channel launched but it is now used to describe an activity with a high number of uncontrollable variables, such as the weather and terrain. 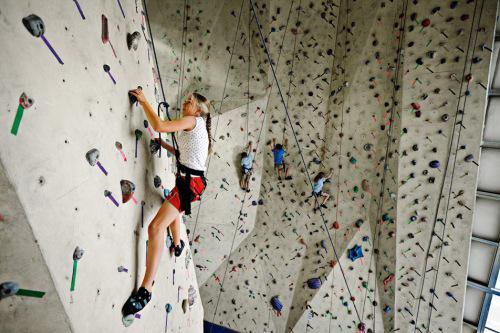 The counter-culture aspect of extreme sports is a key feature. A rejection of authority and of any traditionally dangerous activities has given way to Generation Y asserting their ownership of certain activities that produce an adrenaline rush due to increased levels of hormones such as endorphins and serotonin. Extreme sports, despite being dangerous, attract both physically able and disabled participants. Adaptive Action Sports is a non-profit organisation dedicated to raising awareness of action sports to the disabled community. The following are a selection of activities that are extreme enough to give an adrenaline rush to the most seasoned of participants:

Sandboarding, similar to snowboarding taking place on sand dunes instead of snow. The obvious locations for this activity are on beaches with dunes or in countries with a desert terrain such as Egypt, Australia, Africa and in the US. The lack of a ski lift means that either walking or other forms of transport are necessary to reach the heights of the dune. That aside, unlike snowboarding, this is not a seasonal sport making it very appealing to participants. Although professional Erik Johnson holds the Guinness World Record for Speed on a sand board at 51 mph, unofficial speeds of 60 mph have been reported.

Not for those who are claustrophobic, combining caving with diving attracts those with a combination of a courageous and curious personality! This activity is one of the most dangerous kinds of diving or caving you can do as in an emergency, the diver can’t just swim to the surface. Also underwater navigation can be difficult and the diver needs to ensure they have enough breathing gas to find their way out. You will also be swimming at great depths and visibility can be limited due to mud and silt, not just light restriction. Caves can also have strong currents and all these factors result in cave diving being described as one of the most deadly sports in the world.

Climbing on any terrain is dangerous but the sheer face of an ice formation can put fear into even the most seasoned climber. From frozen waterfalls, cliffs and rock slabs covered in ice, these terrains split into two sectors – alpine ice and water ice, the more technically challenging. Climbers can face more challenges than normal with hypothermia and frostbite being a couple of the risks. Apart from the obvious dangers, another downside is rescue teams are unable to reach victims so swift medical help is simply not available. 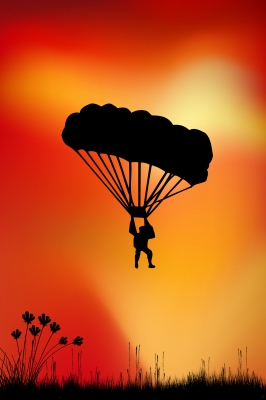 Skydiving is the first step to becoming a BASE jumper. This is one of the most dangerous sports in the world and is only for the experienced skydiver craving the freefall experience. BASE jumping without skydiving experience would be like becoming a racing driver without being able to drive! So you may be a regular skydiver and whether you use your local North London skydiving centre or enjoy skydiving overseas, perhaps you no longer get the adrenaline rush from jumping out of a plane like you use to. So the next step is to try BASE jumping. BASE is an acronym for Building, Antenna, Span and Earth which are the categories of fixed objects that jumpers can jump from. BASE jumping is legal but there are restrictions on the locations for jumps. However there are a great selection of legal BASE jumping locations all over the world that will satisfy your need for excitement.

What Are The Growing Areas For Big Data and Mainframe Applications?