To say that advertising is everywhere pretty much as accurate a statement as you’ll find. If there is an empty space, chances are a clever marketer will find it and fill it with a message or picture designed to attract your attention.

This is true of online space, the printed page, television, accessories and the outdoors. The most common form of outdoor advertising has to be the billboard. It’s been around for many decades and it continues to take up strategic spots on the landscape of big cities, small towns and out in the open countryside.

Of course, billboards from 50 years ago and billboards from today bear little resemblance to one another. You’ll still find the basic logo and brief message brand recognition kind of billboard, but marketing companies have certainly taken things to a whole new level. 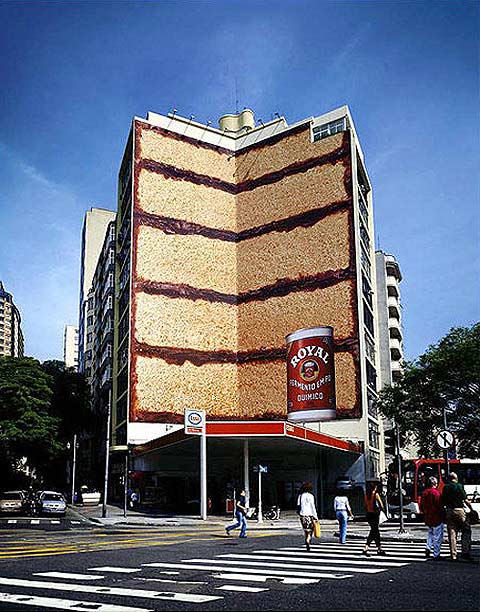 Creating an after dark glow around the product is one way to keep it on everyone’s mind no matter what the time of day. On a particular BMW billboard, specific parts of the vehicle were illuminated to highlight certain features. This technique produces a much more attention-grabbing effect than simply lighting up a traditional billboard with regular floodlights.

How about making a real insect trap out of a billboard to promote an insecticide spray? One company did this by using a transparent glue on a portion of the billboard, placed on it in a familiar shape. As time went by and real mosquitoes and flies flew into the billboard, they would get stuck and make the shape visible.

Back when Quentin Tarantino’s first Kill Bill movie came out, one company in New Zealand took movie promotion to a whole new level. They had a shot of Uma Thurman with her sword on a billboard on the side of a building. That part was pretty standard, but they also had a massive spray of blood shooting across the billboard onto the wall of the building, onto the sidewalk and even onto a couple of white cars parked on the side of the road. The sign was pretty graphic, but created quite an effect.

Cars Sucked Into a Vacuum Cleaner

It almost sounds impossible to create a billboard that looks like cars are being sucked into a vacuum cleaner, but if you have a tunnel, some space on top of the tunnel and a vacuum cleaner to promote it is entirely possible.

The company in question set up a billboard on top of a busy tunnel that lots of cars drove through every day. From the image of the vacuum on the billboard, they made the suction hose come down and right off, extending it over the entrance of the tunnel. When vehicles made their usual drive into the tunnel, it looked like the vacuum cleaner was sucking them right into the hose.

Combining simplicity with ingenuity makes for effective billboard designs. Motion-sensing streetlights and other lights are nothing new, but one company decided to use one on a billboard that was on the side of a building over a sidewalk. The image was of a light bulb, and every time a person would walk underneath, the light bulb would light up, as if they just had a bright idea. This concept would work well advertising almost any product.

Blending Ads with the Surroundings

Making custom signs and advertisements part of the surroundings is another creative way to get the message across. It’s also hard to ignore an ad or sign when you are walking on it or sitting on it. A couple of examples include a line on a crosswalk that’s much whiter than the others and is promoting Mr. Clean and a bus bench that is fashioned into an opened Kit Kat bar.

Vehicle wraps are another effective way that outdoor advertising has been taking hold. Wraps with strong branding, creative graphics, basic messages and easy-to-read contact information are traveling advertisements for a business or organization. It’s important not to make them too confusing or cluttered, and to use an experienced company, but they can be very effective and stand out from the rest of the traffic.

The city bus is another form of traveling advertising that is hard to miss. The bus contains ads that keep going over the same route multiple times per day. When used effectively bus advertising can get your message across to a huge range of people, and is great for publicizing new businesses, new websites or upcoming events.

V dozzie R is a freelance graphic and web designer who has a love for creativity and enjoys experimenting with various techniques in both print and web. He has a passion for helping aspiring designers to develop their skills.

7 Auto Parts That Affect How Aerodynamic Your Car Is