BMW, one of the leading car brands in the world. This car is very extraordinary in style and features. Audi, Porsche, Jaguar, Ferrari, Mercedes McLaren and Lamborghini are some of the competitors of BMW. BMW have released many cars in which i8 is one of the recently released hybrid super car. This car is launched at Frankfurt motor show and the estimated cost is said to be 238,000.00 US dollars.

BMW i8 compared To Audi R8: 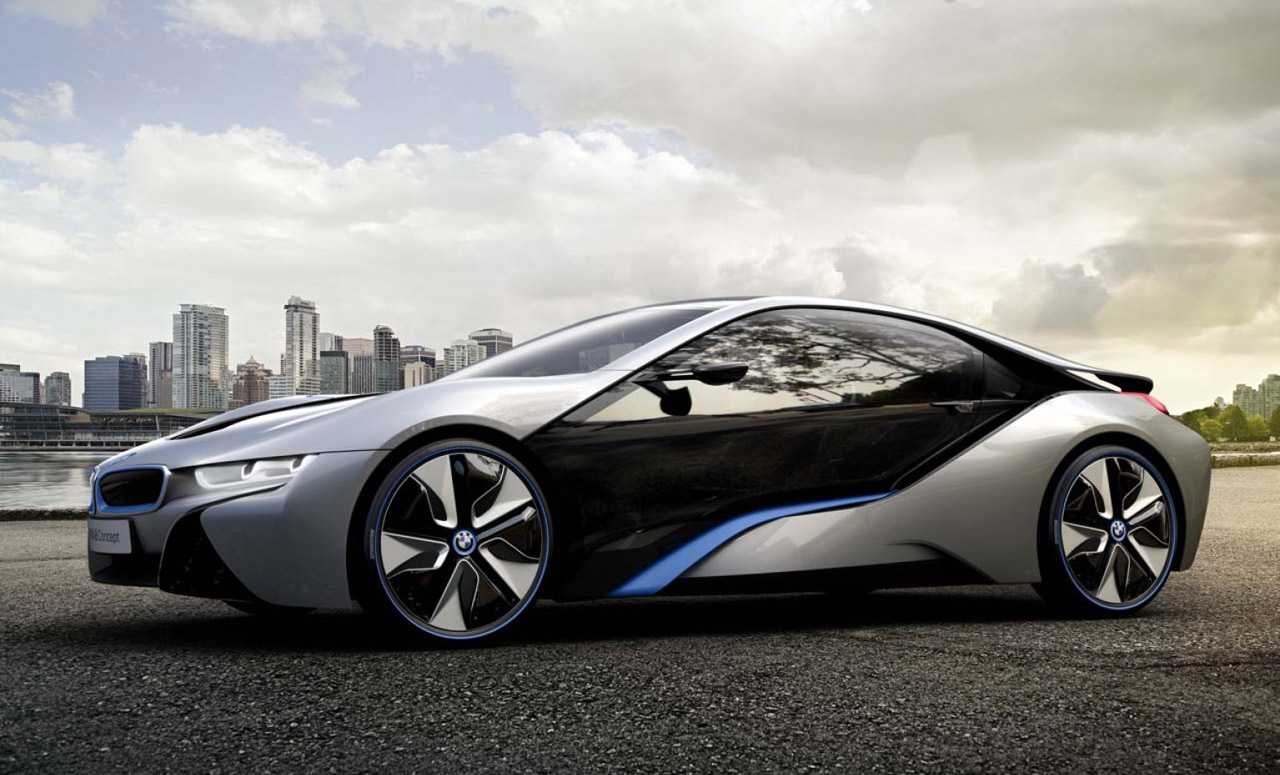 This hybrid super car has many extraordinary features and it is said to be a four-seater car. This car, hybrid super car i8 is said to be a little bigger than Audi R8, which is 4,689mm long, 1,293mm high, 1,942mm wide and with a wheel base of 2,800mm. As this car is made up of Carbon Fibre-Reinforced Plastic (CFRP) and aluminium it weighs about 1,490 kilograms and which is 70 kilograms less  than that of R8. When compare to Audi R8, this super car BMW i8 is very long. Even though it is longer than Audi  R8, but still BMW i8 weighs less than Audi R8.

Engine Specifications of BMW i8: 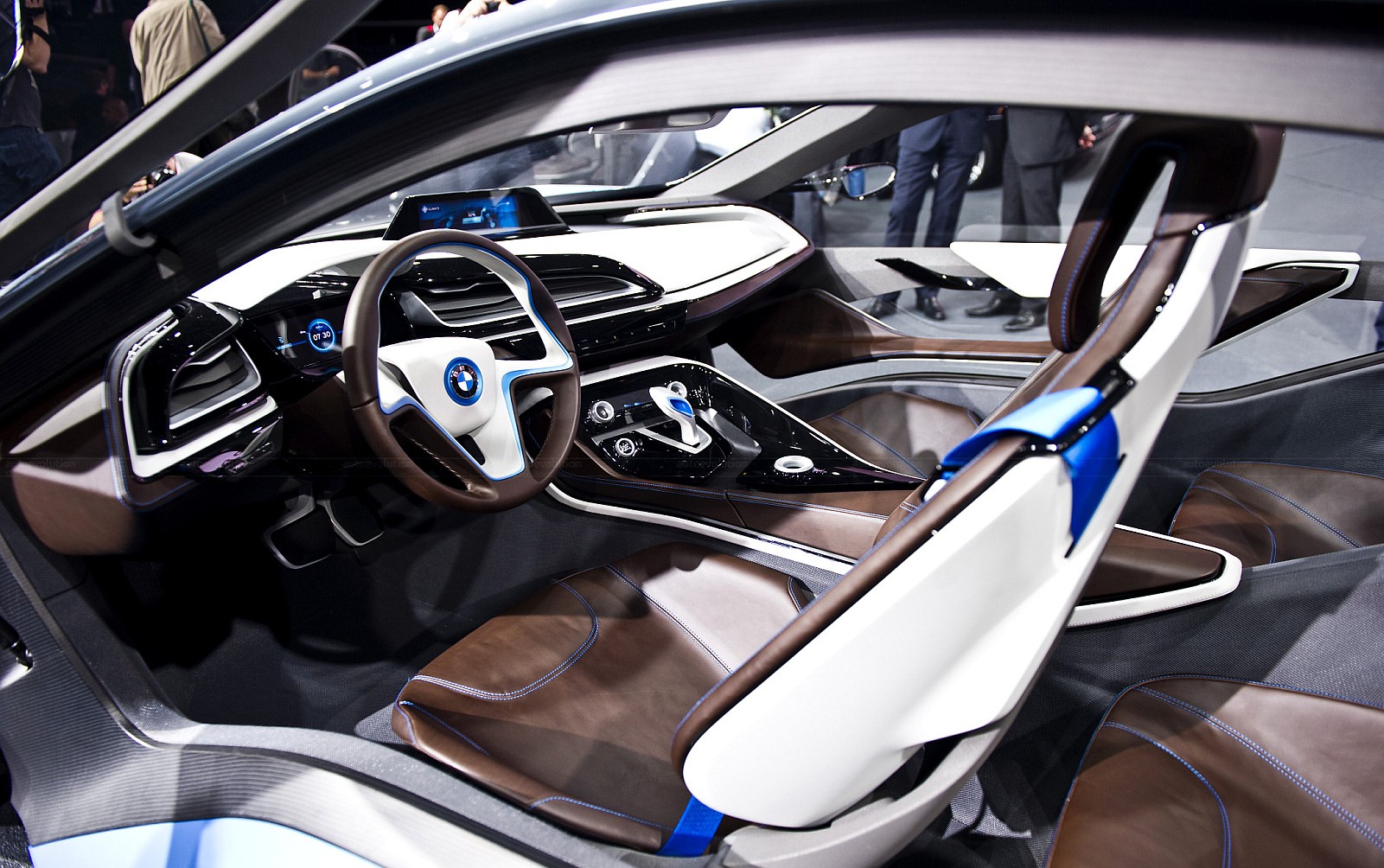 In this Hybrid Super car, the rear wheels are powered by BMW’s new 1.5 liter three cylinder turbo petrol engine. This petrol engine produces 228bhp and is hooked with six gear speed auto box. The front axle of this car uses a mid mounted lithium-ion battery which is used to power a 129bhp electric motor, which gives a total of 357bhp. This car has another external feature in which it has an electric range of 22 miles at up to 75 miles per hour with an overall range of 310 miles, with 113 mpg fuel economy and 59 grams per kilometer carbon dioxide emissions. With all the power sources engaged, this hybrid super car will have a pick up of 0-62 miles per hour in 4.4 seconds and can go to a limited speed of 155 miles per hour. This company also clamed that it was set with new handling standards. It is announced that the center of gravity for this super car is less than 460mm, which is the lowest of all the BMW cars till date. This hybrid super car has Dynamic Damper Control as standard, in which we can feel this car as more economical and more sporting fashion.

Optional Features of BMW i8:

The optional features of BMW i8 will include Carbon Fibre-Reinforced Plastic wheels, will save 3 kilograms each when compared to the standard fit of 20-inch alloys. Somme cars may possess full LED head lights in which some people may not like, instead we can choose super bright laser head lights in which BMW claims it to be the world’s first super bright laser head lights. It is also said that the BMW i8 is the first to use chemically hardened glass in which smart phones screens are made of. This car i8 have choose a selected glass for the rare window which is lighter, harder and even sound proof. The interior features includes a free standing display to view the cars functions, infotainment digital dials and a head-up display.

It is said that this super hybrid car i8 is going to be released in the end of this 2013 year.

Where Do Proceeds Of Car Donation In New Jersey Go