Anger Management In Children – Providing Help As A Parent

Contrary to popular belief, excessive anger is in fact a surprisingly common problem among children of all ages. Which in a sense isn’t particularly difficult to understand, as it’s hardly a secret that anger represents uniquely challenging emotion to control and understand – even as an adult. Adults can at least take a step back from their anger and consider their feelings logically – children on the other hand may find it significantly more difficult to understand why they feel anger or how to address such feelings.

As the overwhelming majority of professionals constantly remind their clients, there is technically no such thing as a ‘good’ or ‘bad’ emotion. Each and every emotion across the board is of fundamental importance to human life and our development – it all comes down to how the emotions are managed and responded to. But once again, this is something that is much easier to communicate to adults than to children, making anger management an entirely more challenging subject in the case of the latter. 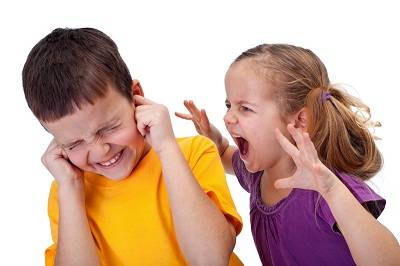 As far as the experts at www.integratedtreatmentservices.co.uk are concerned, the most important step of all is actually pinpointing and identifying that there is in fact an anger problem in the first place. Along with the obvious signs and symptoms of excessive anger, there are also numerous examples that may go overlooked. Excessive anger doesn’t always manifest as rage or in the form of tantrums – other symptoms such as quietness, reluctance to communicate, shyness and a lack of self-confidence can also be tell-tale signs of anger issues.  As such, it is of crucial importance to reach out to the professionals immediately upon suspecting there may be an issue to address.

The Causes of Excessive Anger

There are quite literally endless reasons why any individual may at any age find themselves battling a problem with anger. And it has the potential to stem from almost any imaginable event in life, though it is only by identifying the cause of the anger that it can be successfully addressed.

Though there are endless reasons why a child may struggle with excessive anger, there is nonetheless a variety of common triggers which include physical illness, feelings of isolation or being overlooked, poor self-esteem or lack of self-confidence, constantly under performing at school, being bullied by others or significant changes in their life, such as parental separation or relocation.

Isolating the root cause of a child’s anger can be an extremely difficult process and often calls for professional intervention.  As is the case with so many things, however, communication is the key to unlocking exactly what is going on ‘behind the scenes’ and ultimately finding the best possible way of addressing it. By contrast, ignoring the problem and expecting it to go away of its own accord can be counterproductive to say the least.

In terms of what parents can do on a daily basis to help children with anger problems, there are various minor tips and approaches that can add up to a considerable difference. So whether or not professional intervention is considered, the following tips could certainly help:

How To Get Off A Mortgage As A Co-signer