6 Reasons Why You Should Sell Your Old Car

Many people in Britain will attempt to keep their cars on the road for as long as possible in order to keep their ongoing motoring costs to a minimum.

My neighbour, for example, has a couple of old cars that he keeps on the road; an old hatchback which is 19 years old, and an old van that he has owned for nearly 40 years!

But did you know that there are several reasons why you should consider selling your old car and upgrading to a newer model? Here are 6 examples to explain why!

It is a well-known fact that older cars produce more carbon dioxide emissions into the atmosphere, regardless of whether they have petrol or diesel engines.

Newer cars are more eco-friendly and fuel-efficient, and if the government decides that older cars must also be taxed by their CO2 emissions, you could end up paying a fortune in road tax for your old car!

My own car was produced by the manufacturer between 1999 and 2001, and yet I have started to notice a rise in the number of model-specific parts which have been declared obsolete by the carmaker – resulting in my having to buy secondhand parts!

Cars will only have a limited lifespan according to manufacturers, so in some ways you don’t really have a choice but to upgrade; not unless you want to buy several cars of the same make and model as yours to keep as ‘donor cars’! 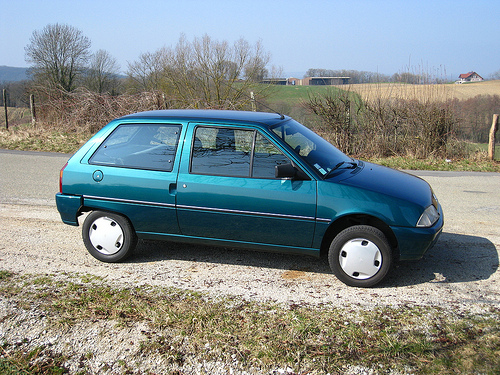 If an older car has been involved in a few accidents in its time, its body strength will have been weakened by such events.

When a car is repaired by a body shop and paid for by your insurance company, the body shop will often use ‘pattern’ parts rather than OE ones supplied by the car’s manufacturer; these parts tend to be of lower quality and don’t last as long.

All cars depreciate in value to some degree, with the worst of the depreciation occurring within the first three or four years of a car’s life. It is only until the car is around 10 years old that depreciation tends to really slow down.

The problem is when a car becomes 10 years old, it isn’t really worth a whole lot of money. In hindsight, I should have decided to sell my car a long time ago if I wanted to recoup most of the purchase price I paid for it!

Not many people in Britain can claim that they service and maintain their cars on a higher than regular basis, and so the question of reliability often hangs over older cars.

It’s not secret that the older a car becomes, the more parts will need to be repaired or replaced on it. Sometimes the difference in cost between paying for a lease on a new or nearly-new car and the maintenance costs on an old car are negligible.

Even if your car has been highly reliable and hasn’t caused you much issue, you could quite simply just get bored with it after a while and fancy something newer and different instead!

5 Additions You Should Consider Making To Your Vehicle