I just turned 31 a few months ago. The city I am living in is one of the most expensive in all of Canada when it comes to buying a home.

I interact with many people my age and am amazed to see how many are driving nice new cars but don’t own a home. To me a new car is a terrible way to spend money. Especially in a small city located on an Island.

The average person here drives about 30 km’s per day as everything is so closely located.  To me there is no point in driving a nice new car for such a short amount of time.

But it’s all about the ego. And nothing feeds the ego like driving a nice new car that makes it look like you have money. However, buying a nice new car is a bad investment as it appreciates right when you drive it off the lot.

I don’t know about you, but I would rather go that route and not have to pay a bunch of interest because what young adult has the money to pay for a brand new car in cash. They have to finance it and end up getting killed with interest.

When buying a used car, you can put aside the rest of that money and look into purchasing a home. Doing so gets you into an investment, as real estate is always a solid investment.

I recently did this myself. I bought a 2010 Nissan Altima from Gold Star Auto Sales for half the price of a new one and now have some money to buy a home. 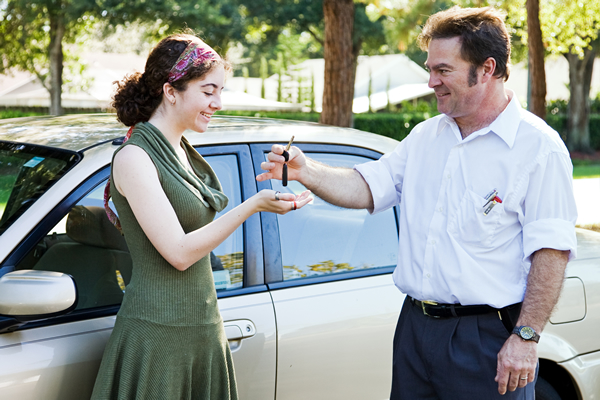 So whenever I see a young adult and the conversation comes up about investing and money, I always shed some light on why buying a used car is investing the rest of that money into a home is a smart financial decision.

Many parents preach this, but young adults stop paying attention to what their parents say when they do become an adult. They figure they’re an adult and can look out for themselves. But it’s not true in many cases. So in these instances it’s easier for a peer only a few years older than them to give them some life and financial suggestions.

Some Benefits of Buying a Used Car:

According to the National Institute for Consumer Education, the usual expense of a brand new car is about $17,000. Some people can have enough money to pay this, but many must discover less costly substitutes, so they look for a used car. Here are some great benefits of buying a used car:

• Insurance mostly costs not as much for an older car as for a brand-new one.

• Used vehicles devalue less after purchase than the new ones do.

• It may be easier to convey with a single car holder than with a car dealer.

Being Smart About Personal Loans

Print Marketing Is Not Dead

7 Popular Types Of Motorhomes You Can Choose From

A Long Drive with 2019 Volkswagen Jetta