Why Aircraft EMI Testing Is Important

Electromagnetic interference, or EMI, is a severe task in development that ensures the safety and operational security of an aircraft in flight. Electromagnetic interference is one of the main reasons aircraft passengers have to turn off their electronic devices during take offs and landings as these are critical operations of flights. Thus making aircraft EMI testing essential.

These electronic devices, that include CD and audio players, laptops, electronic games, and most importantly cell phones and smart phones, transmit electronic pulses at variable intensities. Devises like the smart and cell phones are of particular concern as they primarily use electromagnetic signals for their use, thus making them prohibited from use period during flights. The other devices are able to be used except during the critical operations. These devices have been affiliated with causing certain events during flights like disengaging the auto-pilot, sending the aircraft of course, and messing with the flight deck indicators. 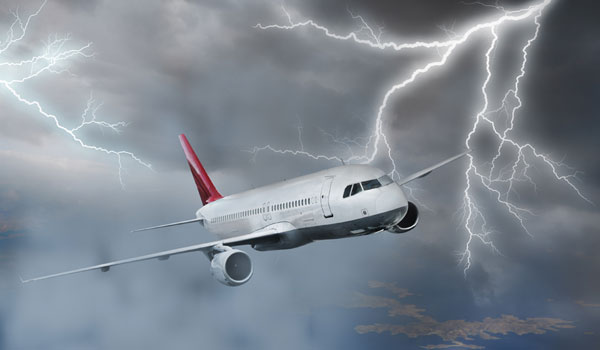 When the transmitter affects circuits or receiver components that are directly coupled by a wire or cable. This is usually an internal design issue since passengers don’t have access to     conductive interference.

When the transmitter affects receiver components and or circuits by magnetic or electrical induction that’s usually separated by under a wavelength of the transmission.

When the transmitter affects circuits or receiver components that’s coupled by electrical fields between conductors adjacent that aren’t more than a wavelength of the transmission.

When the transmitter affects receiver components or circuits that are coupled more than a transmission wavelength distance.

Based on the aircraft EMI testing modes aforementioned, operators and manufacturers make regulative recommendations to prevent the use of these devices during flight by passengers.

When an event does occur in operational flight, operators will contact the manufacturer and regulatory body, the FAA, and report the incident so an investigation can begin. This enables improvements, modifications and such to the testing protocols and existing design. This procedure is necessary because of the continuing advancements in design, innovation and manufacturing of these devices.

The commercial aircraft operators and manufacturers dedication to performance and innovative improvement to these key activities enable them to be more equipped to ensure airline transportation is the safest mode of transportation.

Aircraft EMI testing is performed to ensure that’ products will function properly when subjected to an electromagnetic environment. Each system has to be compatible with other systems and itself, as well as, the external environment to ensure performance and prevent costly design issues.

How To Have Fun In Sydney On A Budget