Which Countries Make Wind Power Look Like A Breeze?

Along with other renewable energy production methods like solar and hydroelectric power, wind power is increasing in favour amongst people the world over. Because it offers a clean, green alternative to typical forms of electricity production, more and more governments and electricity suppliers are investing in wind farms, and looking into wind power as a viable way of producing a significant proportion of the world’s electricity.

So, we can see that wind power is growing on a global scale. But which countries are leading the way in this renewable form of energy?

For many years, the United States was the world leader in wind electricity suppliers. As early as 1989, America was producing over 390 per cent more wind electricity than its then-closest competitor, Denmark.

The US is still near the top of the table. In fact, going by the latest available statistics, it has the second-highest installed wind power generation capacity, having been taken over by China in 2010. China and the United States have the capacity to produce 75,324 megawatts (MW) and 59,882 MW respectively. (Source: World Wind Energy Association). 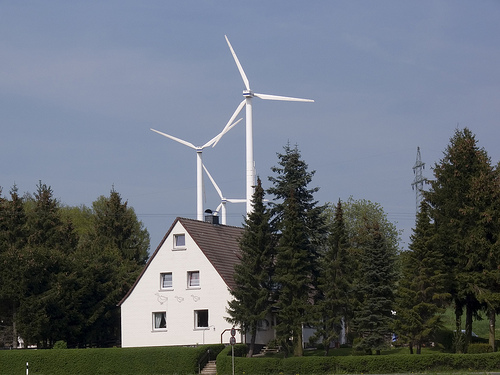 As a rule, the countries which are capable of producing the most wind energy have been investing in appropriate technologies for years. However, there are many countries which produced relatively small amounts, but have invested huge amounts in getting production off the ground in recent years.

The prime example of this is Pakistan. Between 2011 and 2012, the generation capacity of its wind electricity suppliers grew by an astonishing 834 per cent – from 6 MW to 56 MW. Romania also showed impressive growth, with a rise from 982 MW to 1905 MW, an increase of 94 per cent. Romania could also boast the highest growth in wind power capacity across a five-year period, with an increase of 207 per cent.

With expansion in wind energy technology happening so fast, our children’s children may well live in a world where it’s more norm than novelty.

Louisa Jenkins is never more at home than when she’s writing about green energy issues. Want to go green yourself? Many electricity suppliers like ScottishPower provide free green energy advice to their customers – so try talking to your supplier!

Winter Gardening: Tips On Growing Plants Inside Your Law Office