Home » Automotive » What To Do With Flood-Damaged Cars?
Automotive

What To Do With Flood-Damaged Cars?

Floods often strike unexpectedly. It can be deadly for both for people and vehicles, so extreme caution is advised. Flash flood arrives quickly with very little warning and driving in flood-prone areas can be dangerous at certain times of the year. Urban flooding is an increasingly more common situation city landscape, because more and more flood plains are being covered in tarmac and concreted.

There’s little consideration given on how the city will be able to handle the massive annual rain showers. In areas where excess rainwater was absorbed by the ground and drained away, water now starts to collect above the ground and this will lead to more urban flooding.

Flash floods represent the biggest threat for car owners, because they have no chance of escaping the surge of water. One of the worst areas is at the bottom of the hill, where a torrent of water may gush toward a settlement destroying many things in its path. Flood-damaged cars are unfortunate consequences of flood and we could always suspect that any car in the area has sustained some kind of water damage. Here are things we should look for: 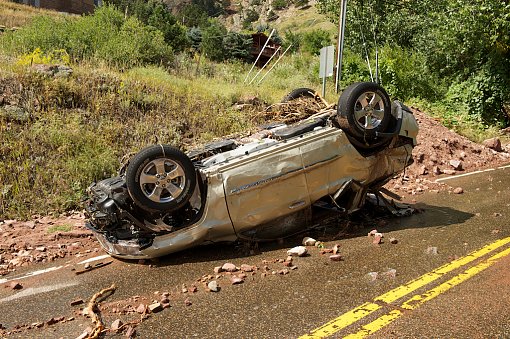 • Early signs of rust inside and outside the car

• Waterlines in the boot, interior trim and door pockets

• Debris around the radiator, suspension and the frame

The first thing to do is to sundry the car with the hood opened to remove much of the moisture in the interior and inside the mechanical/electrical components. But, it is better to immediately call the mechanics to know whether they can tow the car to their shops. Immediate action is essential, because damage is still being done to flood-damaged car, even it already looks dry.

We shouldn’t attempt to start the car because the fuel system could be clogged with dirt and some amount of water could present inside the engine block. The car should also be decontaminated to deter growth of mold and bacteria. It’s the only way to address the long-term issues with unpleasant smells inside the car. We shouldn’t let the interior to rot while mechanical works are being done to other components.

Other than working with the mechanical components, the workshop should also strip out the seats, door trims and carpet for proper cleaning, washing, decontamination and drying. The interior of the car may need to be cleaned with high-temperature jet to break down water. Finally, we need to use hot air blowers and install dehumidifiers for specific duration to dry the interior.

Wet electrical components will no longer be reliable and they need to be dismantled to ensure whether replacements are necessary. Air bag may also need to be replaced along with other components. One very obvious thing to do is to remove the engine block and check whether it collects water. Cars with computer-controlled injections will require full diagnostic to know whether they will work properly.

4 Basic Laws Of Physics Drivers Should Be Aware Of