From the vicious storm brutalizing the US’s North-eastern Coast to the gut-punch of the UK’s Beast from the East mega-snowstorm, extreme weather profoundly affects everyone in its path. That includes many companies like Map Waste Disposal in Leicester. 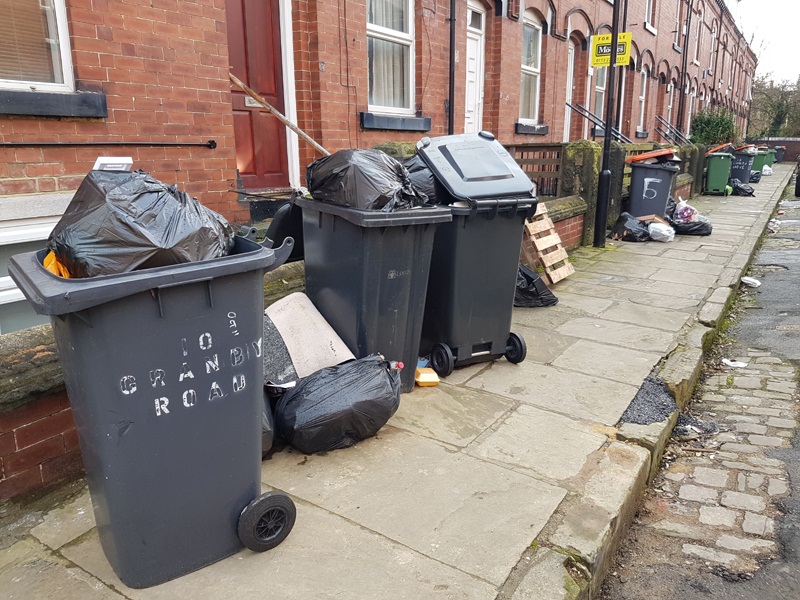 Pummelling rain and stinging sleet create obstacle courses for sanitation truck drivers. Icy roads and snow-slicked pavement give the large, lumbering vehicles meagre purchase with gravity. The lucky ones slide off the road; the unlucky ones tip over and a few roll. These behemoths can get stuck in mud or snow, bringing their route to a grinding halt.

Catastrophic weather conditions create acute challenges for sanitation companies and crews. Here are some of the obstacles facing waste disposal companies and their employees when the mercury plummets:

Trips and falls are a strong possibility when heavy rubbish bags are lugged across ice-slicked surfaces or over snow banks. Balance could be impaired by the bag’s undistributed weight. Spreading salt on the slippery surface provides traction when it’s a necessity to take rubbish to the curb during a storm.

When snow blocks trucks from picking up rubbish, the lapse could instigate an infestation of mice, raccoons and rats.

If white rubbish bags are plopped down in the snow, drivers may overlook them because they blend in. Keep them from bypassing you by opting for black bags that stand out.

Extreme weather is a staunch adversary of any sanitation worker. When it ramps up to ferocious winds, perilous snowfall and torrential rain, it becomes more daunting. Then rubbish removal becomes much, much more than a dirty job.

How To Become A Successful Day Trader