Home » Business » Should You Hire Someone Over 50?
Business

Should You Hire Someone Over 50?

People are living longer than ever, and thanks to a better understanding of how to stay healthy, those latter years have a good quality of life. This means that, rather than slowing down when hitting the big Five-Oh, an American adult who keeps themselves healthy can reasonably expect to keep chugging along pretty much at the same pace they had ten or even twenty years before.

But what this also means is that people who aren’t slowing down as they get older are staying at their jobs longer or even undergoing a switch in careers, thereby competing for new positions out there. Of course, the always rising cost of living hasn’t been doing anyone any favors, and that’s another reason why people are motivated to keep working into their golden years. In fact, according to AARP, more people over the age of 50 are in the workforce than ever before.

So, when one of these fifty-somethings shows up at your company looking for a job, should you hire them?

Why Is This Even A Thing?

The reason age is even a consideration is because, well, not to put too fine a point on it, someone in their fifties is no spring chicken anymore. Age implies slowing down, a possibility of health problems, or at the very least simply not having the stamina and staying power of someone half their age. How long could an older employee last before the prospective employer has to go through the process of finding a replacement sooner rather than later?

There is even the idea that someone over 50 is rooted in the past and therefore resistant to change or doing things differently, as well as perhaps harboring an unfamiliarity with today’s technology. After all, old habits are hard to break, right? 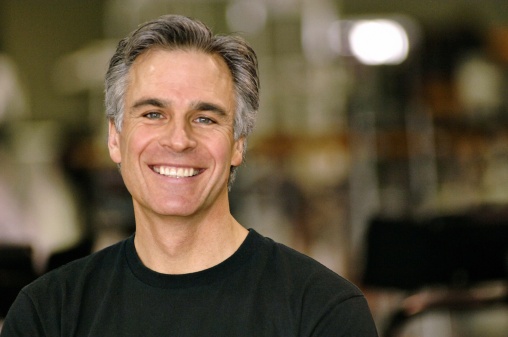 Why Those Reservations Are Utter Crap

While it’s true that maybe someone in their fifties isn’t bouncing off the walls like a weasel on crack in the way that a Millennial might be, neither is the former shuffling around like an extra on the Walking Dead. Being older doesn’t automatically mean diminished faculties, much in the same way that being younger is no guarantee that the individual in question is the robust picture of health. And if the employee is able to work at home and be part of the remote workforce, the health question becomes even less relevant.

In terms of job longevity, according to Forbes, the average employee stays at their job for about 4.4 years. Hiring someone in their fifties is not going to be any more of a risk than hiring someone two or three decades younger. In fact, according to the same article, those younger Millennials are expected to remain at their jobs for less than three years!

As for the idea that older people are stuck in their ways, experience shows us that an unwillingness to learn and/or absolute stubbornness isn’t limited to any one age group. In fact, an older person who has the initiative to break away from their routine and try something new should be commended and seen as someone willing and eager to learn and try new things.

In fact, it’s not surprising to find older employees engaged in improving their skill sets by doing things like checking out the top three college degrees for a career change after 50, and taking some classes in order to expand their knowledge base and increase their overall ability to be hired.

The Advantages of Age

An employee who’s been in the workforce for decades has picked up a lot of experience, and that’s a huge asset. They’ve had more opportunities to interact with bosses, subordinates, customers, and vendors; the sort of communication skills that are obtained through trial and error. In fact, one of those “old-fashioned” notions that older employees may in fact subscribe to is the idea of taking pride in your work and doing your best at it.

On a practical side, employees over 50 may also have things like a mortgage and/or children in college, responsibilities which become an incentive to do well at a job and stick with it.

This is not to say that everyone who’s over 50 and looking for a job is automatically going to be the ultimate perfect fit, nor is it being implied that all young employees are inferior. But odds are, if you skew towards an older candidate, you stand a better chance of acquiring a valuable, experienced resource.

Myths about Entrepreneurship That Most People Believe