It really wasn’t all that long ago that private number plates were a scarcely available commodity the likes of which everybody wanted but very few could actually get their hands on. This of course came down to the fact that they were rather on the expensive side to say the least and could in many instances cost far more than the car they were due to be fitted to. As such, regardless of the obvious appeal of investing in your very own private plate, it was something that most motorists simply could not justify the expense of.

The good news however is that things have changed quite radically over recent years thanks largely to a series of changes rolled out to the way in which the UK car licensing system works as a whole. Just as it is still more than possible to spend gigantic sums of money on the most in-demand license plates ever printed, it’s also more than possible to buy your very own unique custom plate for next to nothing. Of course the one thing that hasn’t changed at all over the years is how wholly desirable and rewarding a private plat can be, which is precisely why more UK motorists than ever before are taking the plunge and investing in their own plates. 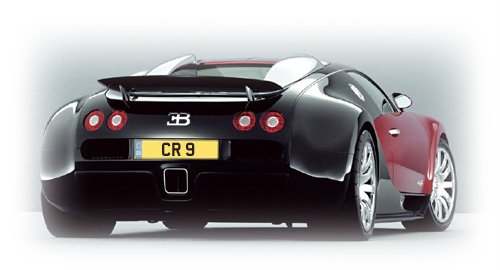 So, for those still on the fence and wondering whether now’s the time to make the purchase, here’s a look at just a few of the key benefits that come with owning your own private registration plate:

Perhaps the most obvious benefit of all is the way in which a private plate is the easiest and most effective way of all of making your car stand out from the crowd. Some people will go to extraordinary lengths to make their car stand out in one way or another, only to end up with something that’s still rather generic and the same as hundreds of other cars. By contrast, to create a personal license plate is to create something that’s unique to your car alone and guaranteed to make it stand out.

There was a time when coming up with anything meaningful or memorable was tricky as you were limited to just a few set numbers and letters. These days however, changes to the UK licensing system have opened the door for more license plate variations than ever before – literally tens of millions of totally unique plates can be made using the templates on offer. As such, it’s never been more possible to let your imagination run wild and come up with something that speaks volumes for who you are and what you do.

It’s not often in the real world that anyone gets the opportunity to put together something that’s both 100% unique and incredibly affordable at the same time – not to mention rewarding. When you create a personalised number plate, you create a genuine one of a kind that’s both never been made before and never will be made again – it’s yours and yours alone for life. This is in its own right extremely rewarding as the result is something you can be genuinely proud to call not only yours, but your own work to boot.

Never forget that there’s always the very distinct possibility that your investment will in fact grow in value over time and eventually be worth a great deal more than it was when you bought it in the first place. It all comes down to the choices you make when it comes to choosing the lettering of the plate itself as if you pick up something with widespread appeal, chances are plenty of people will want to buy it from you further down the line. Of course it’s not all about making money as you may want to keep it for life, but just in case.

Something else to bear in mind that’s genuinely beneficial about these kinds of plates is the way in which they hide the true age of your car. Standard plates tell the world how long ago your car was produced, whereas a private plate makes it all a mystery. Of course this isn’t necessarily going to mean you’ll get away with lying about it – especially when it comes to selling the car – but at the same time it can add a wonderful touch of class and elegance to a car.