This National lottery in Canada has become one of the most popular and widely played chance games across the entire national territory. Lotteries in Canada attract worldwide fame because of the tax-free status for their winnings. Canada Lotto 6/49 was the first ever nationwide lottery that gave the opportunity to its players to select their own numbers for the draw. Before it was launched back in June 1982, lottery players participated in draws by purchasing tickets with numbers already imprinted on them. With the Lotto 6/49 ticket costing about $2 in lottery shops, it can boast of about 15 million regular Canadian players which makes it stand out amongst lotteries and Canada and edging itself into the cultural fabric of the country. 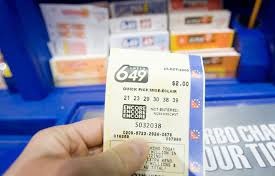 Easily understood from its name, Lotto 6/49 Canada applies a 6/49 main matrix format meaning each player makes a selection of 6 numbers from 1 to 49 in order to be play the game. Winning the first price – Jackpot, requires that a player’s six selected numbers are all drawn up in any order from the pool of 49 during the draw. The odds of winning Lotto 6/49 jackpots that range between 3 million to 50 million are approximately 1 in 14 million. Similar to other lotteries in Canada and around the world, the jackpot prize for the game is rolled over to the next draw if there is no winner.

The roll over system of lotto 6/49 in October 2005, led to the winning of a huge record jackpot of 54.3 million by 17 employees from an Alberta based local gas and oil Company who participated via Group Play. This at the time, spurred a nationwide lotto fever that resulted in the purchase of more than one hundred lotto tickets every minute. Estimates indicate that almost a proportion of two in every three Canadians bought a lottery ticket. There are additional games and prizes that complement the normal 6/49 jackpot, they include; the Advance play and Quick play options. Also, there is an EXTRA option for Canadian players on Saturdays or Wednesdays with top and second prizes of $250,000 and $100,000 respectively.

The astonishing increase in the jackpot rewards of lotto 6/49 came about from the addition of the cost of tickets from $1 to $2 in June 2004. This addition for example, paved the path for the movement of the minimum jackpot prize from $2 million to about $3.5 million today.

Available for sale throughout the Canadian nation, lotto 6/49 was at first just for Canadian citizens. The permission and eligibility have today been extended to anyone, from anywhere on the globe due to the expansion of the lottery industry with the emergence online casino platforms and websites. Though there is the regular eligibility age limit of 18 years, Lotto 6/49 jackpots can possibly be won by lottery lovers around the world who now are able to participate by simply purchasing their online tickets at special virtual stores for lottery tickets. Most of the platforms with Lotto 6/49 tickets on sale such as Lottosend provide results for draws, statistics and very useful information that help players in the thorough understanding of the game and even the selection of their favorite numbers.

The extension of the game to include interested players abroad has gone a long way to enhance the worldwide popularity while increasing the competitiveness. However, this has contributed to the inflation of jackpot prizes and the introduction of many more creative and interesting additions to the game give players more winning opportunities and entertainment.

Below are the important features to note about the gameplay of lotto 6/49;

There is the near true notion that lotto 6/49, as well as all other lotteries, can be deciphered in order to increase winning chances. Though the winning numbers are usually drawn randomly, paying attention to certain details can help come up with accurate draw patterns. Past draw statistics give deep insight into raising your odds of hitting the jackpot. Making use of past draw numbers in combination with the following tips can be of productive help.

Random betting can be productive for lucky and persistent lottery players. However, making use of the tips above and others not mentioned can give Lotto 6/49 players an edge over other players. While there are some who have some reservations concerning lotteries, the truth is that lotteries such as the Canadian Lotto 6/49 is legal and has changed the lives of millions of people. By spending $3 on a lottery ticket, a player’s life can be changed in an instant. So, if you wish to play, go to the Lotter.com and purchase your tickets – you never know what tomorrow might bring.

How 3D Printing Is Transforming Business