Ikea Is In Trouble Again

2013 wasn’t a great year for Swedish furniture giants Ikea. For years it appeared that the company could do no wrong as people flocked to the stores in their millions to buy the signature flat packs and homewares. But in 2013 the company hit the headlines no less than four times for all the wrong reasons undoubtedly leaving them wishing for the dawn of 2014 and better times. Well 2014 is here but now Ikea are in trouble again.

Last year Ikea’s ever popular meatballs were discovered to be contaminated with horse meat and
were temporarily withdrawn. It was then discovered that an Ikea chocolate almond cake contained faecal matter. This incident was followed by the withdrawal of 23 million star lights after a small child was strangled by one of cords and reports of similar incidents emerged. To round of the year the company found itself in court accused of spying on both employees and customers.

It has now emerged that the Forestry Stewardship Council (FSC) has withdrawn Ikea’s stewardship certificate for felling protected woodland in the Karelia region of Russia. The region concerned is one of Europe’s last great forests. Swedwood, the industrial operations arm of Ikea, holds leases to log 700,000 acres in the forest provided it avoids the older trees and does not clear slopes which are vulnerable to erosion. Sadly Swedwood, now called Ikea Operations, was felling 600 year old trees and “key biotypes” and the FOC has demanded a change of practice. 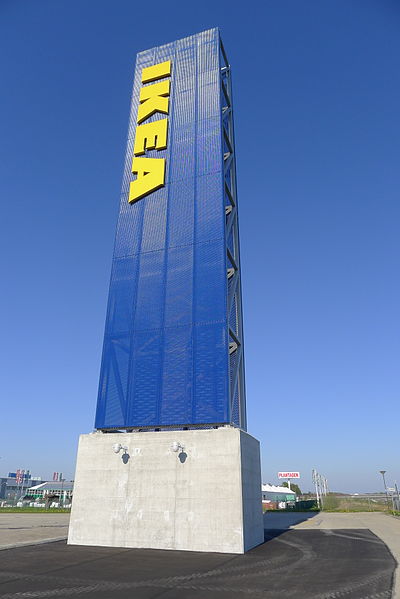 The FOC promotes sustainable logging and the responsible management of woodland. During its recent major audit of Ikea Industries’ operations near the border between Russia and Finland it has discovered several major issues with Ikea’s practices. These included inappropriate logging, and question marks over staff training and equipment. Important ancient trees will now have ended up in flat packed furnishings. Ikea is estimated to use around 1% of the entire world’s wood supply. The company promotes its sustainable practices, a claim which looks rather dubious.

Ikea have acknowledged their fault and are working to correct the problems. They view the removal of the stewardship certificate, which they have held for the region since 2006, as temporary and have stated that they do not wish their low cost furniture to come at the price of the forests and that they are “committed to responsible forest management and to the principles of the FSC”.

For so long it seemed that Ikea could do no wrong. Their simple furnishings and space saving solutions struck a chord with the modern householder looking for competitive pricing and the clever store layouts and brilliant marketing ensured impressive growth. No organisation, however, is immune from the effects of a scandal and with Ikea in the midst of a rash of negative publicity it remains to be seen whether its customers’ loyalty has been strained. Personally I doubt it as the market is very much price and style driven. Not enough people currently care about environmental issues to make a difference here and we are all so in love with the simplicity and functionality of the Scandinavian style that it is going to take more than the devastation of a forest to harm Ikea.

Sally Stacey is a keen writer and business owner who divides her time between writing and running her shop.

The Secret To Succulent Berries