How To Survive A Zombie Apocalypse – Top Tips From Actual Scientists

So, there’s good news and bad news right now on the subject of the apparently impending zombie apocalypse – the latter being how it’s a possible eventuality that cannot be ruled out. According to so many experts and doom-mongers the world over, it’s pretty much inevitable that at some point in the future and wholly without warning, zombies will indeed try to inherit the Earth. But it’s not the walking dead as such that we’re told to be on the lookout for, but more the kind of rage-fuelled ‘infected’ zombie-type hoards that will appear courtesy of some vile disease.

Now, it all sounds rather doomy and gloomy, but the good news is that the more seriously the world’s scientists take the idea, the more likely the rest of us are to survive. After all, it’s one thing to learn a survival trick or two from your favourite zombie movies, but another entirely to be offered genuinely professional advice on what to do when the proverbial hits fan. 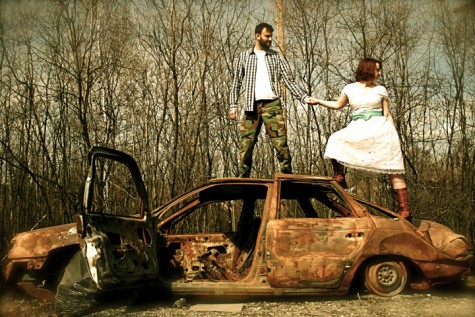 So, when it comes to riding out and surviving those zombie experiences in years to come, exactly what do the world’s bigger-brained individuals suggest we do?

If things really do get out of hand…fingers crossed they won’t…we’re told not to read a second into those scenes portraying that one lone-soldier individual who seems both willing and able to lead the human race to victory with nothing but a baseball bat. Experts have suggested that if an outbreak ever reached the kinds of levels some suggest is inevitable, we could be looking at 300 million or more zombie types to defeat – baseball bats and bear fists just aren’t going to cut it.

Chances are you’ll eventually find yourself in that horrid situation where one of your own group gets bitten or blood-splattered to such an extent that it’s only a matter of tick-tocks until they change…sad stuff. In this instance there are usually two options – bludgeon your own loved one to death (yeah right) or ignore the inevitable and risk the lives of everyone else (the obvious choice). Scientists however propose a third option, which is to handcuff the poor infected bugger to something robust enough to hold them, meaning you don’t have to go through with the horridness or risk anyone else in your group.

The very nature of any kind of zombie outbreak is one whereby the secret to success is time. Not to put too fine a point on it or get too graphic, but it’s not as if the zombie masses are suddenly going to start breeding or be able to live long and healthy lives. One way or another, by manpower or by nature, they’re going to start dropping like flies. As such, if you have an impenetrable place to hide and access to enough supplies to last you and your group indefinitely, chances are you’ll come out smelling of roses…not literally, of course.

There’s really nothing more annoying than watching some muscle-clad jackass in a zombie movie head out to fight the infected masses in nothing but a T-shirt, only to then get bitten on his arm and act wholly surprised it happened. By contrast, had he worn a Kevlar-plated biker jacket that’s pretty much bullet-proof and yet still practical and comfortable, there’s no way any set of human teeth, zombie or otherwise, could possibly get through the stuff. And let’s face it, if you’re going to ride out the zombie apocalypse, then you might as well do it looking cool as hell in head-to-toe biker gear, right?

Last but not least, it always tends to be the military and the special police forces in zombie movies that give out the worst advice, don’t listen to reason and get everybody killed. In reality however, this would most likely end up being the exact opposite of the case as with so many various contingency plans and responses already penned and planned just in case, there’s technically a plan ready to be brought in no matter what happens zombie-wise. As such, experts continue to state pretty adamantly that thinking you know best and can afford to ignore the advice of the pros is guaranteed to get you killed.