Home » Environment » How To Kill A Tree
Environment

How To Kill A Tree

While “save the trees” movements abound all over the world (and rightly so), there are instances when you might need to kill off a tree. For starters, some trees end up blocking precious sunlight that is needed by other plants in the garden. In some of the worse case scenarios, certain trees end up bearing fruit that can inflict harmful damage onto humans and animals alike if they fall from the branches.

Some people resort to sowing salt or other harmful chemicals in the soil underneath the tree to deprive it of nutrients or to poison it. However, one caveat of such a solution is that it ends up rendering the soil infertile and unsuitable for other plants.

One solution for killing off a tree that does not harm the soil that nourishes it involves the use of copper nails. Another benefit that killing a tree using copper nails presents is that it does not require many materials and all of them are usually on hand at any time. 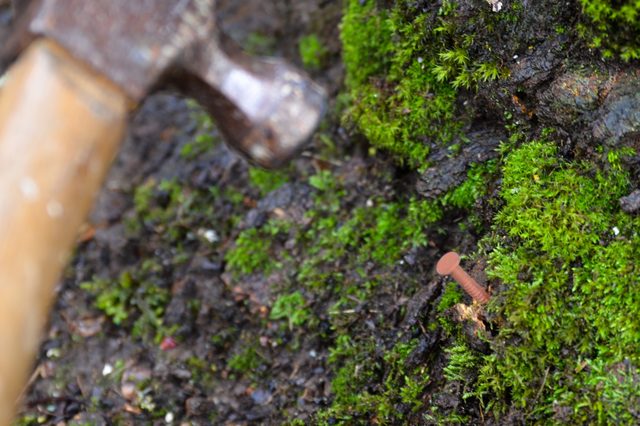 To kill off a tree, you need a hammer, some mud and a handful of copper nails (the exact quantity would depend on how wide the circumference of the tree in question is):

Road Markings To Watch Out For During A Driving Test