Home » News » How Many People Are In Jail On Drug Charges?
News

How Many People Are In Jail On Drug Charges?

The Federal Bureau of Prisons keeps track of the total amount of inmates in the federal prison system and the types of charges that landed those people behind bars. For the sake of making things easier to grasp, charges are grouped into more general categories. For example, all drug charges are considered together, regardless of the types of drugs involved, and weapons charges and arson are considered in the same category. The resulting chart makes it very simple to pinpoint exactly what things tend to put Americans behind bars, complete with percentage numbers to show exactly how much each type of offense impacts the whole.

The Reality of Drug Charges

One somewhat shocking statistic is that a full 96,544 people have been incarcerated on drug charges. The information was last updated just after Christmas in 2014, so, while it may be about a few months behind, it still gives a very accurate running total. What this means is that 48.7 percent of all prisoners at the federal level are there for drug offenses. These could include charges for selling drugs, using them, trafficking the drugs over state borders, intent to sell and much more. 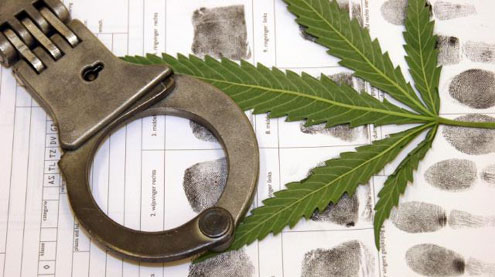 By way of comparison, the next highest total is 31,813, which is the amount of people who are in jail for arson and weapons charges. Charges that relate to explosives are also considered in this category. While high, this total of 16 percent does not even come close to touching the drug charges category at nearly 50 percent.

The Impact of Immigration

The third highest is 19,802, which is the total amount of people who have been arrested on immigration related charges. Charges could include things like intentionally crossing the border without the proper paperwork for immigration, sneaking family members over the border, and the like. Though this is the third highest category, it still only amounts to 10 percent of the total prison system.

The War on Drugs

Clearly, the War on Drugs, which has been raging for decades now, has changed the landscape of the United States prison system. Attorneys at Scott and Medling say one important thing to keep in mind is that these are just the current statistics for all of the people who are incarcerated at this moment, so it does not take into account how many people have been arrested, locked up and then released since the War on Drugs began.

It’s also interesting to note that crimes that make the news do not actually happen all that often. For example, a mere 730 people are in jail for embezzlement and other financial crimes, which is just 0.4 percent of the whole. Additionally, only 5,728 people are in federal prison for kidnapping, assault and homicide, all taken together, which is only 2.9 percent of the total. As much as these crimes are the subjects of constant news reports, far more police work is done regarding drug offenses, resulting in many more court cases every year.

Rehabbing A Home and Earning From It

Tips To Consider Real Estate As Investing For Future