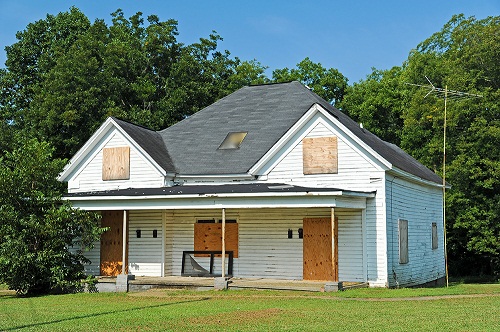 PEKIN, IL – Each year, Americans decide to move due to a new job or a transfer. Most states where people are departing than arriving, includes New Jersey, Illinois, New York and Connecticut says, Local Records Office. And while many moves towards the South and the West are driven by retirement and lifestyle decisions-most are driven by people starting new jobs, according to a survey data from the United Van Lines. While oil and gas industries have declined, financial services and agricultural mining have flourished.

A high portion of people (20%) is moving to pursue a different lifestyle. Though, while other cities are flourishing with inbound moves, with looser patterns of development, affordable housing, and jobs, places like Pekin, Illinois has struggled with bringing in newcomers.

The Local Records Office notes that several of these cities including Pekin, Illinois are strategizing ways to bring in more residents by selling vacant properties at discounted prices, offering tax breaks to businesses and rolling welcome mats to the refugee populations. Though, the Local Records Office is finding numbers suggesting the Snowbelt-to-Sunbelt pattern is only deepening and while Trump is implementing immigrants to being deported in the Midwest, is only adding more fuel to the fire.

While within Trump’s first months in office he has delivered his anti-immigrant campaign and policy decisions, and now, Immigration and Customs Enforcement raids are shaking in immigrant ethnic communities in every corner of the Midwest and threatening the Midwestern community.

The Midwest is impacted the most by Trump’s approach and policies- by destroying sources of new population, innovation, business start-ups and jobs in our region and the many benefits that come from immigrants. While immigrants are stated to being a lifeline in the Midwest communities, the demographers say cities and towns without them would be far worse off.

Emily J. Wornell Seregow is a research assistant professor at the Ball State University, had recently analyzed Indiana’s immigrant population, found that immigrants accounted for 27% of the state’s population growth of 488,160 people from years 2000 to 2015. Seregow also found, 30% of immigrants in Indiana had earned bachelor’s degrees, compared to only 24% of native-born residents.

“If these trends continue, and the immigrant population continues to be a larger proportion of these rural communities, then they really do represent the largest potential for population increase,” she said.

Seregow believes it is important for immigrants to be well-integrated into these communities and be given a chance to take on leadership roles. Cities and towns relying on immigrants to stabilize their loss of residents should work to retain second and third generations, too.

“The future of what these communities look like is very different from what they looked like 50 years ago,” she said.

As immigration arrests are up to 67% and deportations 55%, there is a lot of fear and uncertainty for Latino immigrants

With some faced with being stopped on the sidewalks for their documents and at businesses, have kept them from leaving their homes as they are fearful the family will get separated, should the parents get arrested. And resulted in slowing down the economy, as most the businesses are mom-and-pop shops, and immigrant-owned.

In a recent report, the federal immigration official has told the Washington Post that the department and the Trump administration are simply restoring the rule of law.

Do immigrants help or hurt the U.S. economy?

While undocumented workers send out a portion of their earnings to their home country in forms of remittances, they still stimulate the U.S. economy by spending the money they make.  Undocumented workers also save jobs in ways.  By providing work at a low cost, for instance, undocumented workers keep firms from investing heavily in new, expanding technologies that make firms significantly less labor-intensive and more automated.

And the other main argument that comes with undocumented immigration is the use of government services. As most of the undocumented workers receive payments in cash and are not subject to federal tax deductions by paying federal taxes, or they acquire fraudulent information, and with their wages usually so low, their contributions are insignificant.  Consequently, many argue these immigrants are costing our government substantial amounts of money by receiving benefits, ie. education, health care, food assistance programs and welfare.  Many uses stem from the fact of when an undocumented immigrant has a child born in the U.S., the child is an American citizen and has the rights to these government services.

While on the flip side, the undocumented worker’s earnings cycles back into the economy via purchases and low wages, which cuts the prices for the American consumer

However the effects of whether immigration has been economically beneficial are unclear, the Center for Immigration Studies (CIS), a controversial non-profit founded by famed anti-immigration activist John Tanton has discounted the positive gains of immigration. One study uses U.S. census data from 2010 to 2011 concluded that “immigration has dramatically increased the size of the nation’s low-income population… Moreover, many immigrants make significant progress the longer they live in the country. But even with this progress, immigrants who have been in the U.S. for 20 years are must more likely to live in poverty, lack health insurance, and access the system than are native-born Americans.”

Yet, I do wonder statistically speaking on the demographic side of the gap in wages has a relation with low-educational resources in poverty-stricken areas or to do with discriminatory measures that the Latino community faces. I came across these 11 facts about discrimination and poverty in the Latino Community by DoSomething.org that I found to be really interesting.

In 2010, the state of Arizona passed a law authorizing local police to check on the immigration status of anyone they reasonably suspected of being in the United States illegally.

Some Questions To Pose Before You Travel Abroad