Design Review Of Apple iPad Air 2: The Most Perfect iPad

Over the four years of existence of the beautiful Apple iPad tablet turned into a serious competitor notebooks – just that easy and mobile gadgets, people increasingly prefer. Apple iPad Air 2 even more powerful and efficient, but at the same time even more thin and light. Apple knows how to surprise, and the next generation iPad is no exception to the rule. 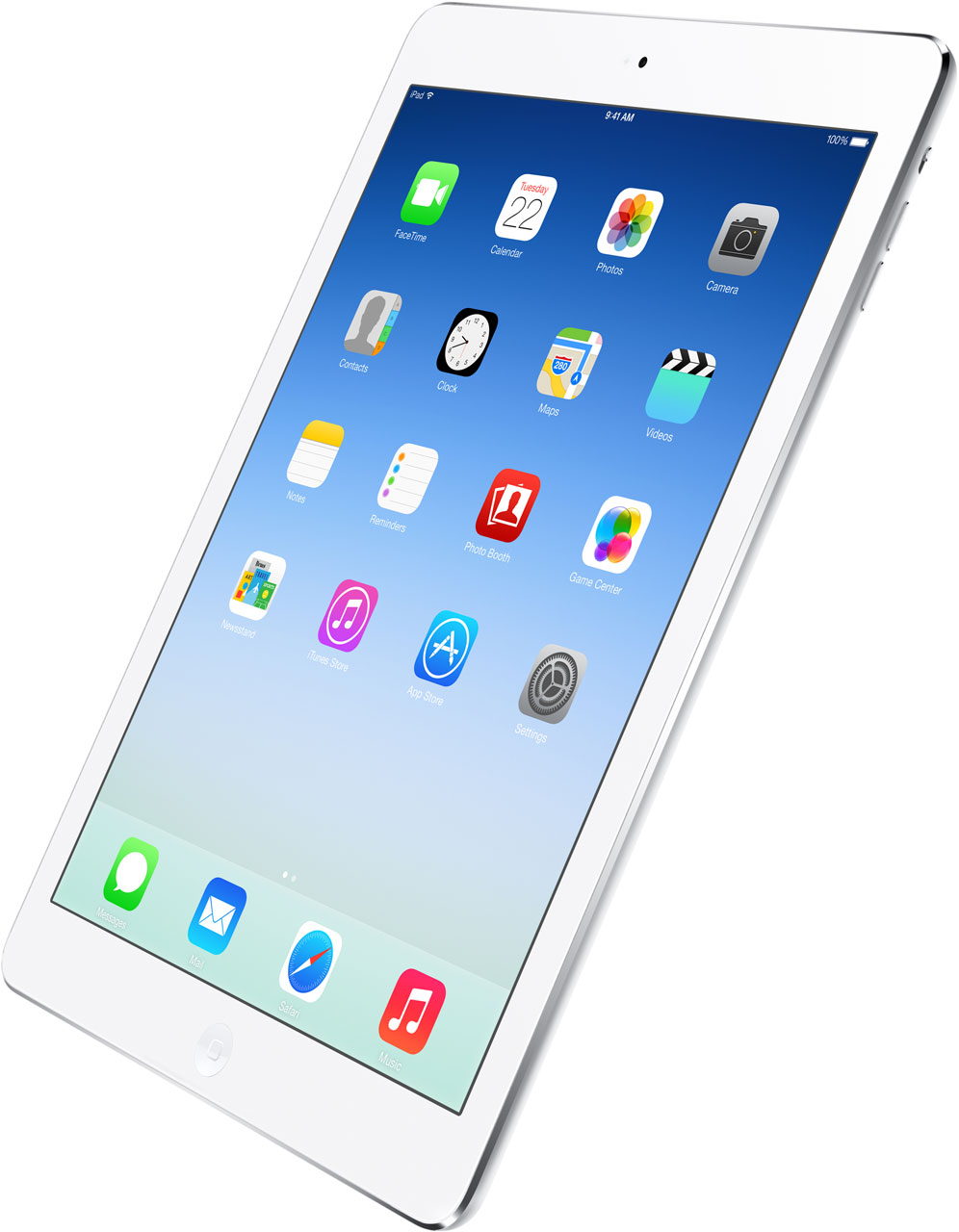 iPad Air itself is packed in foil, and under it is collapsed Lightning cable and charger unit with a removable plug. At the same time here is on trial for the user booklet and a pair of brand-name labels with white apple.

The design of new generation Apple iPad Air 2 does not change. This is probably one of the most conservative manufacturers in the industry. Seriously work on the appearance of the next hit, designers retain patterns for the next generation, and then once for two. If you look at the history of iPad, then the second, third and fourth generation looked almost the same, and external differences confined to the different thickness of the shell and the new connector. A small revolution in the tablet market made thin and lightweight iPad Air. Releasing a tablet with even more slim (6.1 mm vs. 7.5 mm in the previous generation) Apple has again gone on record. Reminder: this is not about the phone (for which, however, 6.1 mm – also a very personal), and an almost ten-tablet!

Colors as before – silver or dark gray. However, there is a surprise. After the iPhone came in a golden, many users want to receive, and the tablet of the same color. Apple met the expectations of the public, and added to the standard set golden option.

Another difference was the new generation of tablet Home button with the refinement of fingerprint scanner, which looks exactly the same as the iPhone. The front panel has the camera FaceTime, takes the place of the exact center.

The iPad Air 2 is almost looks as iPad Air first generation, but no doubt that it looks beautiful. And similar thing is expected from the next generation iPad Air 3 to be released in 2015.

Things We Should Be Prepared With Before Buying A Car

How Potholes And Speed Bumps Could Damage Our Car?